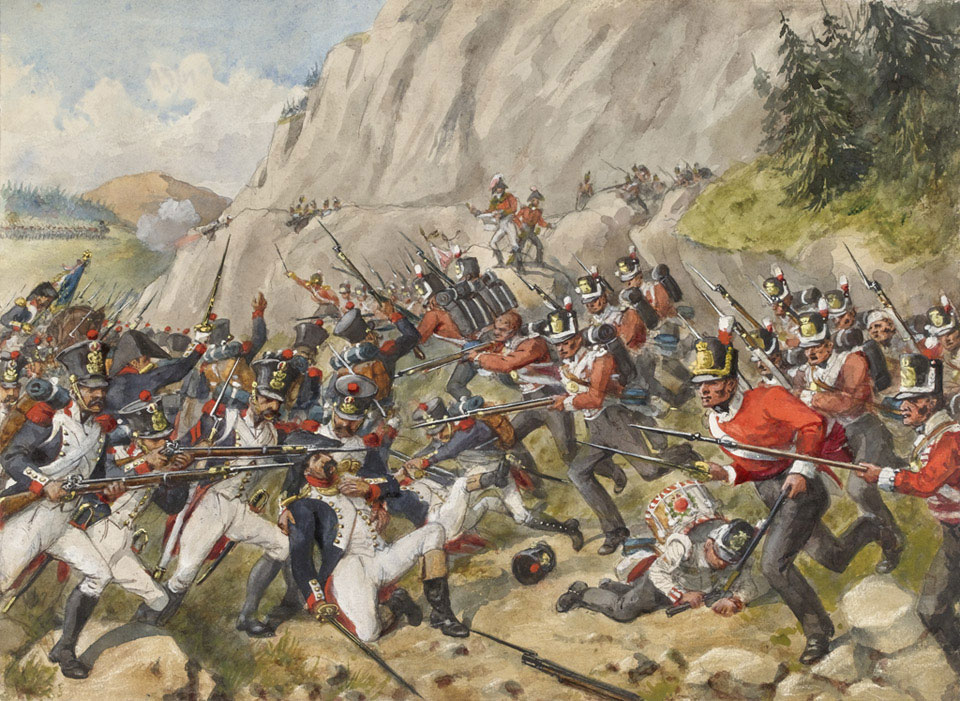 After much heavy fighting, Marshal Michel Ney and Major-General Jean Reynier's French force failed to dislodge the Anglo-Portuguese forces from the Busaco ridge where they had deployed under the command of Lord Wellington. The French were driven off with the loss of 4,500 killed or wounded, as against Anglo-Portuguese losses of about 1,250.