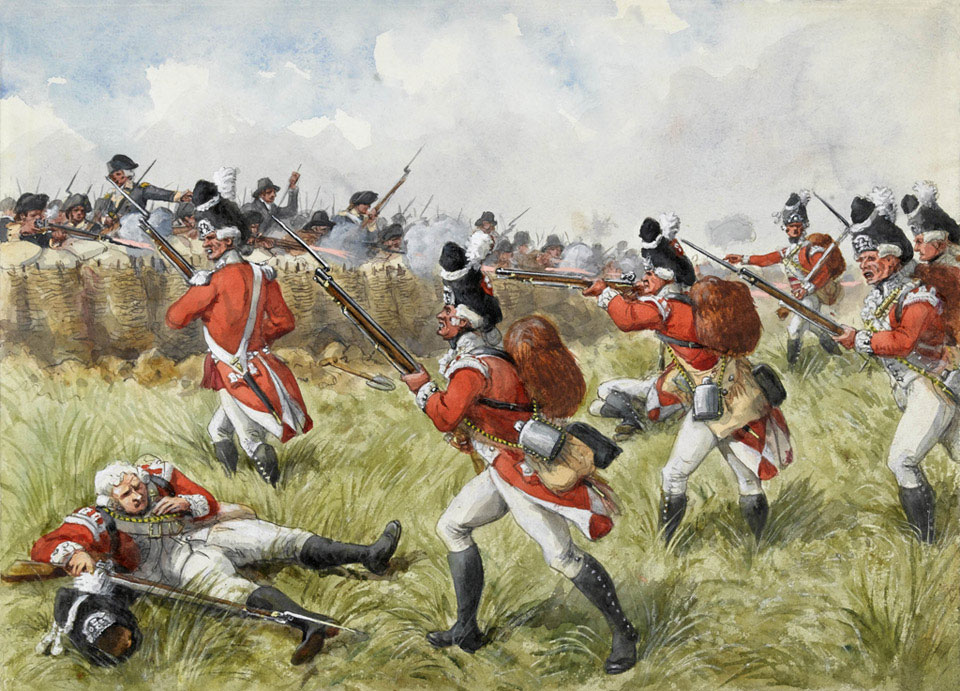 British infantry attacking an enemy stockade at the Battle of Bunker Hill during the American War of Independence (1775-1783). After the engagements at Lexington and Concord, the American rebels laid siege to Boston, but the British position was fairly secure once reinforcements arrived at the end of May 1775. They were, however, continually menaced by fire from the surrounding hilltops. The British decided to occupy these hills. On 17 June troops were ferried across to Breed's Hill on the Charlestown Peninsula where, at the cost of more than 1000 casualties, they defeated the revolutionaries at Bunker Hill. The famous order, 'Don't fire until you see the whites of their eyes' was popularized by stories about Bunker Hill. It is uncertain as to who actually said it!