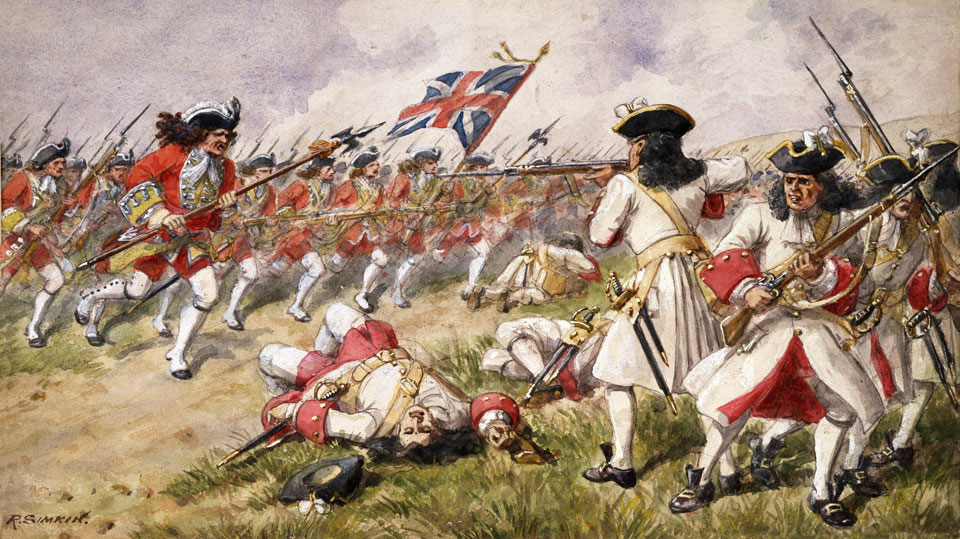 The Battle of Ramillies, 23 May 1706. The 16th Foot charging French infantry

In 1706 King Louis XIV of France wanted to avenge the defeats inflicted on him in 1704 by the Grand Alliance during the War of the Spanish Succession (1702-1713). Marshal Villeroi was therefore pushed into leaving the safety of the lines of Brabant and crossed the River Dyle with 60,000 men. On 23 May 1706, the Duke of Marlborough attacked him at Ramillies. Marlborough put pressure on the enemy left wing, causing the French to reinforce it with troops from their centre and right. He then shifted his reserves to the right. After a close-fought cavalry battle, in which Marlborough himself led a counter-charge, the French were routed. They lost 18,000 men to Marlborough's 3,600. The victory enabled Marlborough to drive the French from almost the whole of the Spanish Netherlands.