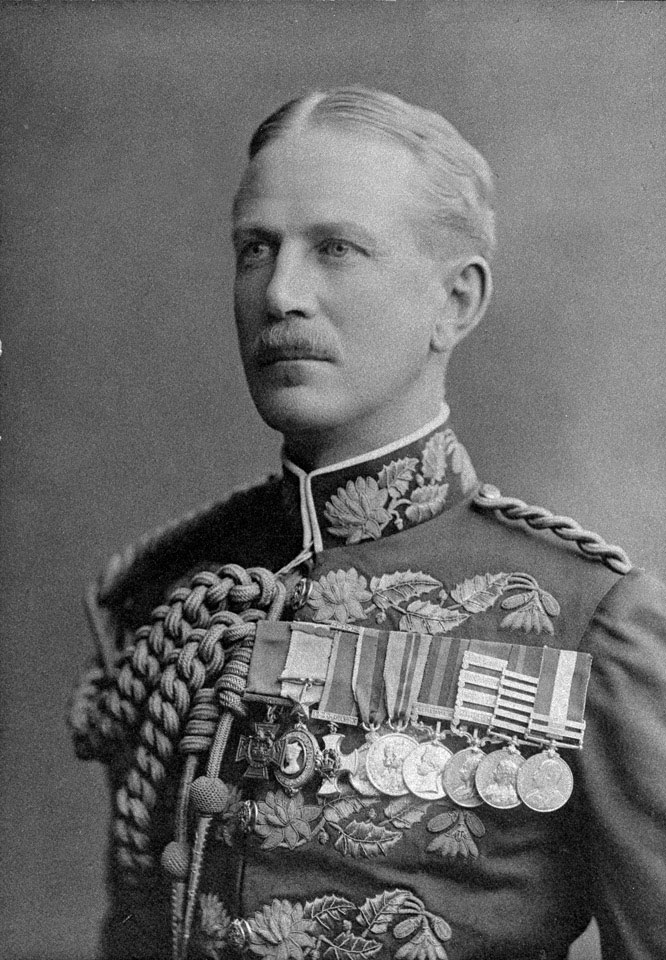 Maxwell is depicted in the uniform of Military Secretary to the Viceroy. He was appointed Lord Hardinge's military secretary in December 1910. Maxwell had earlier won the Victoria Cross during the Boer War (1899-1902) for his role in saving the guns of 'Q' Battery at Korn Spruit in March 1900.

He later led 12th (Service) Battalion The Duke of Cambridge's Own (Middlesex Regiment) in the Somme battles, including Trones Wood and Thiepval, for which he was awarded a bar to his Distinguished Service Order (DSO). His first DSO had been given for bravery in the Tirah campaign (1897-8). Maxwell was killed in action on 21 September 1917 at Menin Ridge.