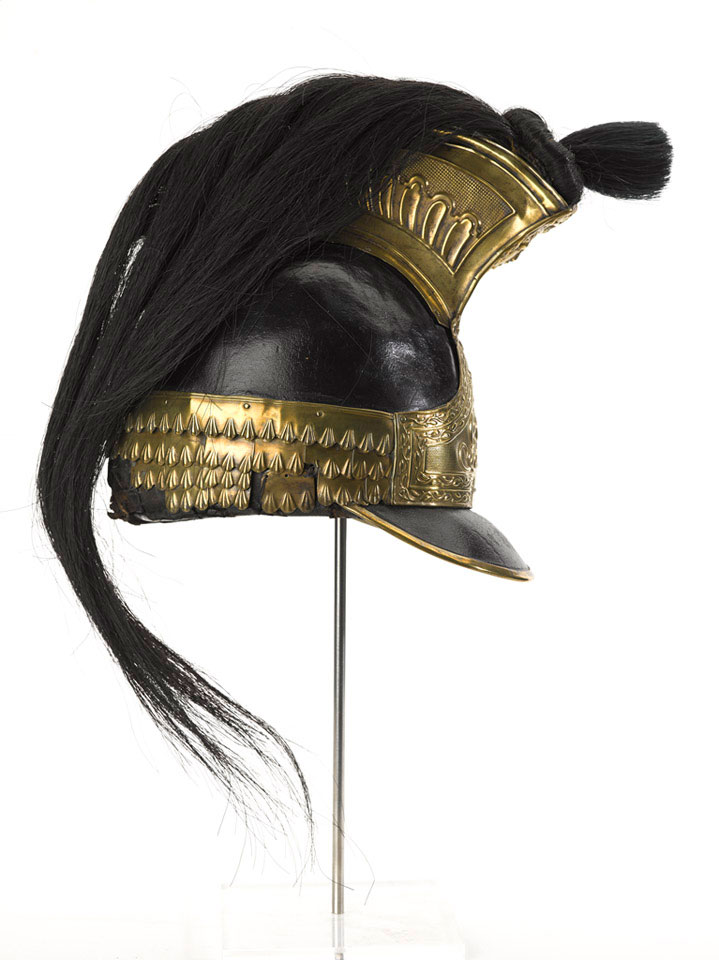 For much of the 18th century British dragoon guards regiments wore a variety of helmets, but in 1812 they adopted the Austrian style metal crested helmet. The Austrian version also had a woollen comb on the crest, but the British replaced this with a horsehair mane (visible on this example). A short time later, this type of helmet was replaced by the 'Roman' pattern, which included a larger bearskin crest.