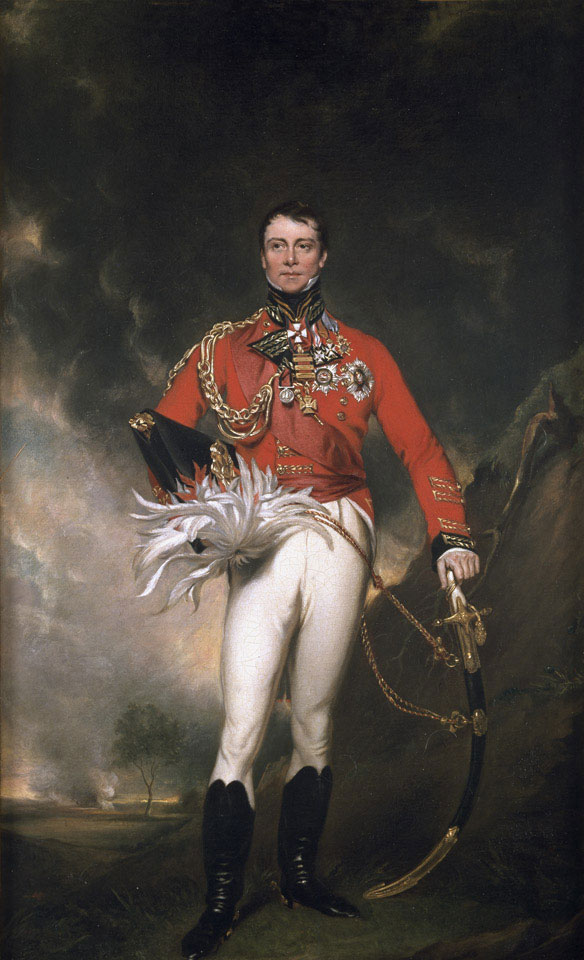 Sir James Kempt (1764-1854) served as a major-general on Wellington's staff in Spain and France between 1811 and 1814 and was wounded at Badajoz. He commanded the 8th Brigade at the Battle of Quatre Bras under Sir Thomas Picton. Kempt took over the 5th Division during the Battle of Waterloo when Picton was killed in action.

When this portrait was painted Kempt was lieutenant-governor of Nova Scotia. In attempting to show the full extent of his decorations, he wears his Grand Cross badge of the Royal Hanoverian Guelphic (incorrectly) at the neck alongside the lesser-grade badges of the Orders of Maria Theresa of Austria and William of the Netherlands.