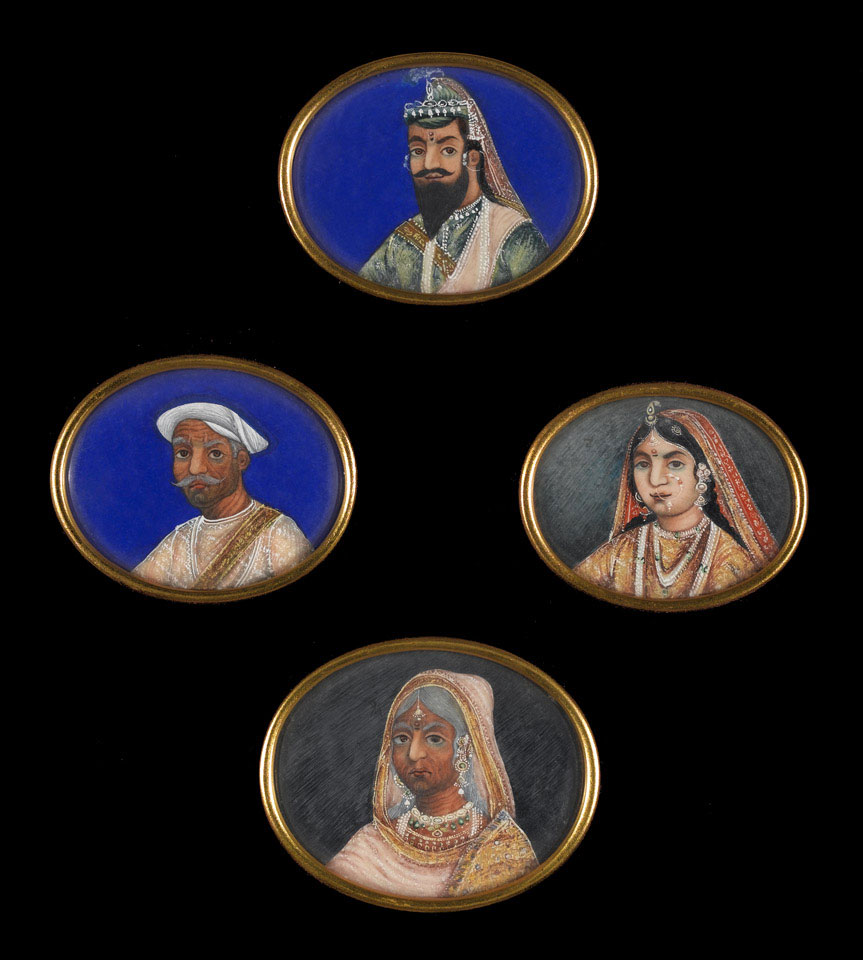 Watercolour on ivory, by an unknown Indian artist.

These handsome miniatures were found during the capture of the Nawab of Farrukhabad's palace in 1857. The Nawab was something of a reluctant rebel, having been forced into supporting the Indian Mutiny (1857-1859) by the presence of rebel sepoys on his territory. Yet he clearly felt an affinity for the rebel Indian rulers depicted in the miniatures as they were found on display in his bedchamber. Perhaps the greatest rebel of all was Lakshmi Bai, the famed Rani of Jhansi. Her conqueror, General Sir Hugh Rose, called her 'the bravest and the best' of the rebels.