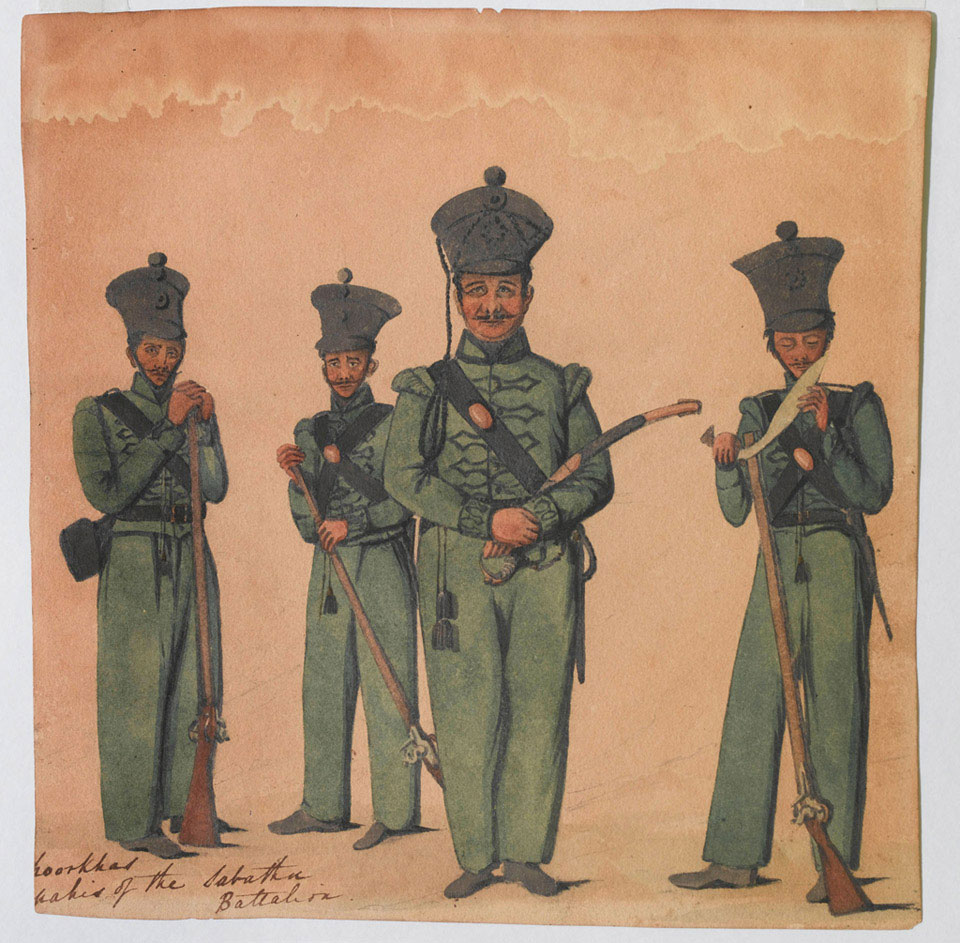 The Nasiri (or Nusseree) Battalion was raised at Malaun in 1815 from the defeated Gurkha Army after the Anglo-Gurka War (1814-1816). It had its headquarters at Sabathu in north west India from 1816 to 1843. The Regiment won its first battle honour in 1826 during the Jat War where it helped in the conquest of Bharatpur. This was the first of many battle honours awarded to the Gurkhas. Nasiri means 'friendly' and the Gurkhas have been loyal friends of the British ever since.