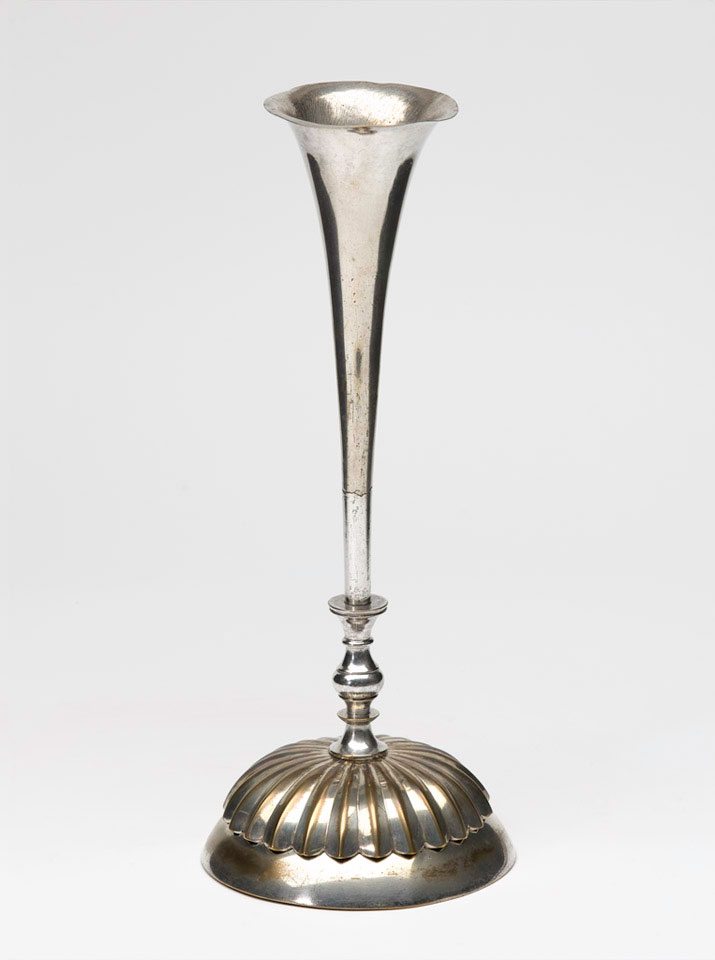 The gutted ruins of the British Residency in Kabul were investigated by General Frederick Roberts' troops in October 1879. 'The Residency was looted so thoroughly that not even a peg has been left in the walls', reported the 'Times' correspondent. Further exploration turned up personal effects in the rubble. This vase had a label attached to it inscribed 'Cavagnari, Cabul, Afghanistan Sept 3rd 1879 from Residency'. The stem of the vase has been damaged, presumably during the Afghan attack.