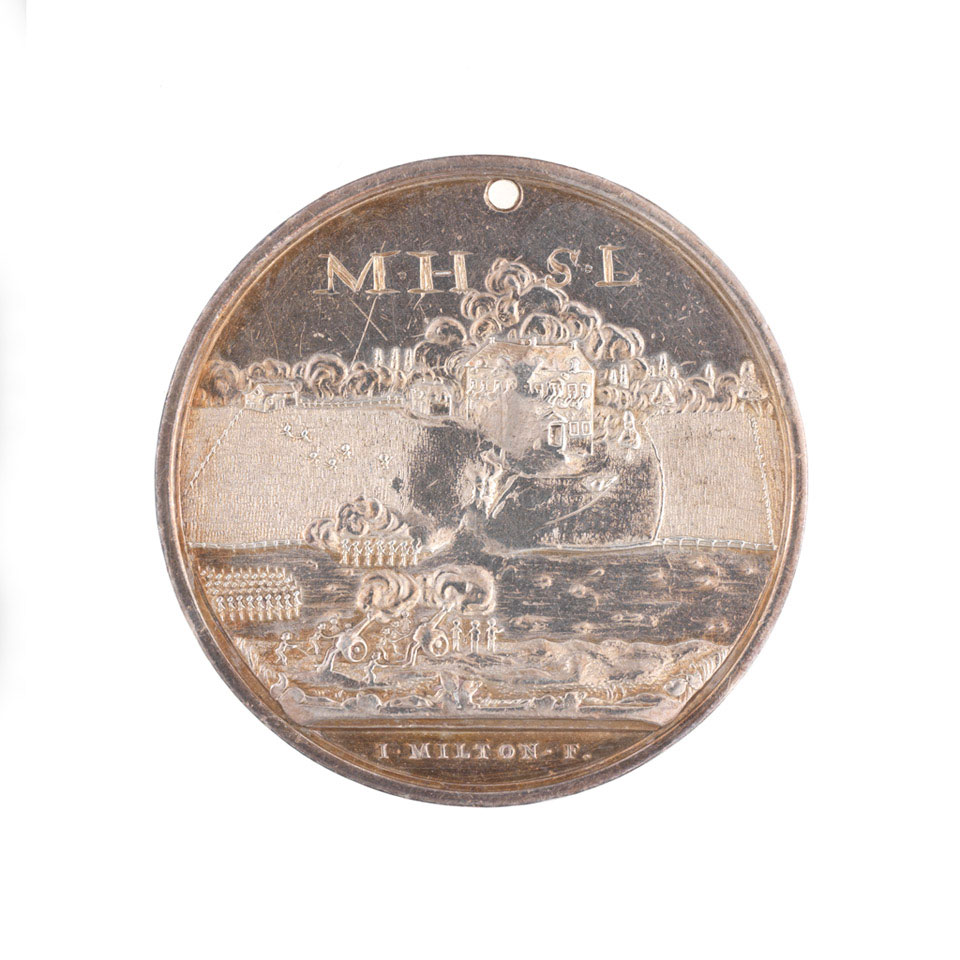 Silver medal depicting the defence of Chew's storehouse by the 40th Regiment of Foot at the Battle of Germantown, 1777

After capturing Philadelphia in September 1777 during the American War of Independence (1775-1783), a large portion of Major General Howe's army encamped at Germantown to the north of the city. General George Washington attacked the British and Hessian encampment there on 4 October, but was repulsed after one of his four columns lost its bearings in the fog and smoke.

During the battle the Americans launched several fierce assaults on Chew's house, which was defended by about 120 men of the 40th Foot, but the defenders held out and more than 50 Americans were killed attacking it. This medal was probably presented as a regimental award by the regiment's Commanding Officer, Colonel Thomas Musgrave.