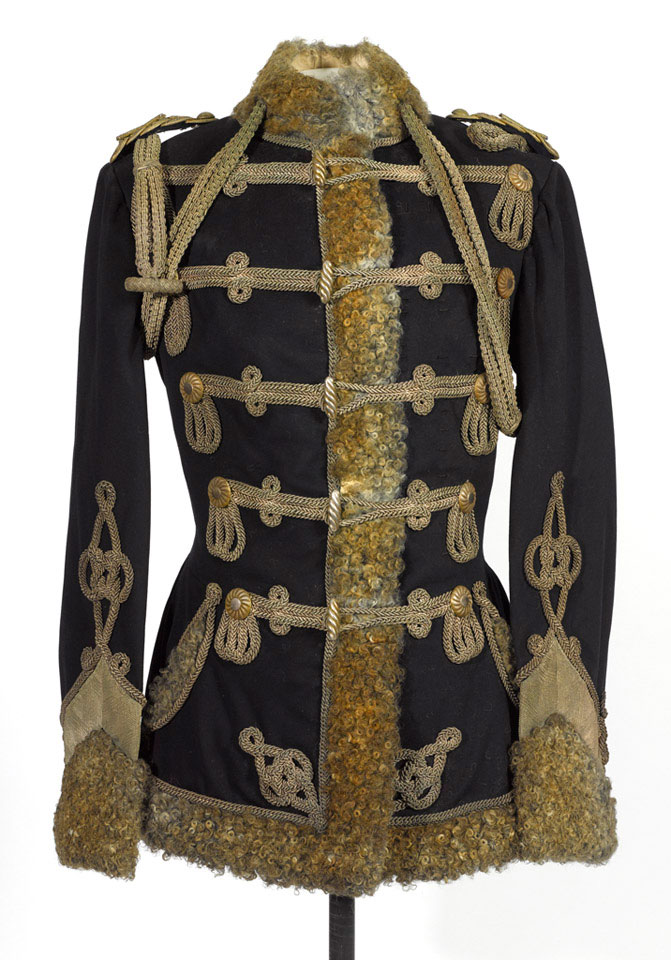 Both officers and men of hussar regiments wore the pelisse, or over jacket, which reflected the Hungarian origins of the hussar's style of dress.