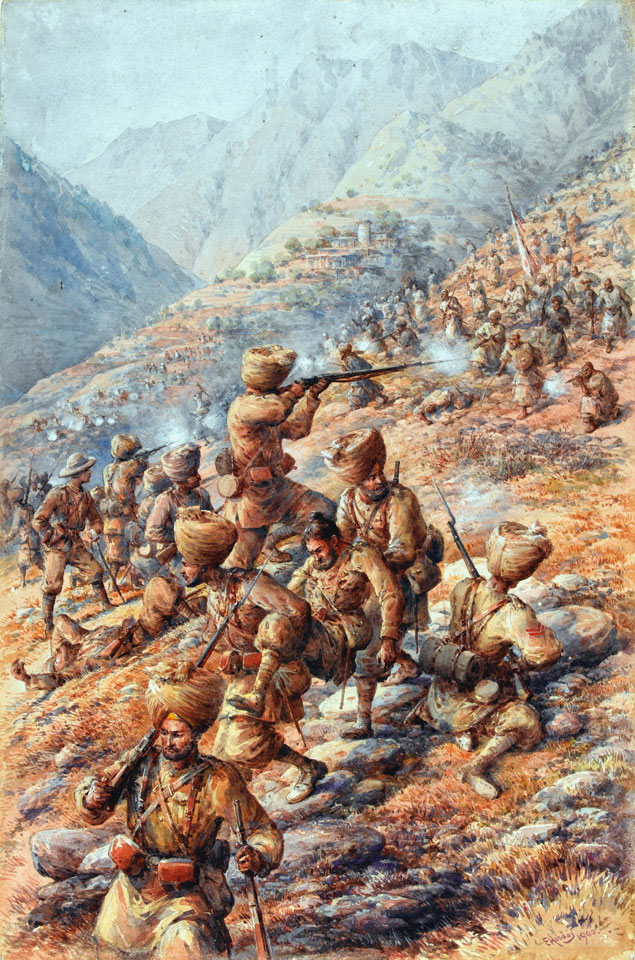 In 1897-1898 an uprising broke out along the North West Frontier. Pathan tribesmen attacked the fort at Malakand which guarded the Chitral road. An estimated 12,000 tribesmen surrounded Malakand, and the neighbouring fort of Chakdara. The garrisons, Indian troops commanded by British officers, held out and were relieved after a week of day and night assaults. A Field Force of three brigades was then formed under General Sir Bindon Blood to mount punitive expeditions against the local tribesmen.