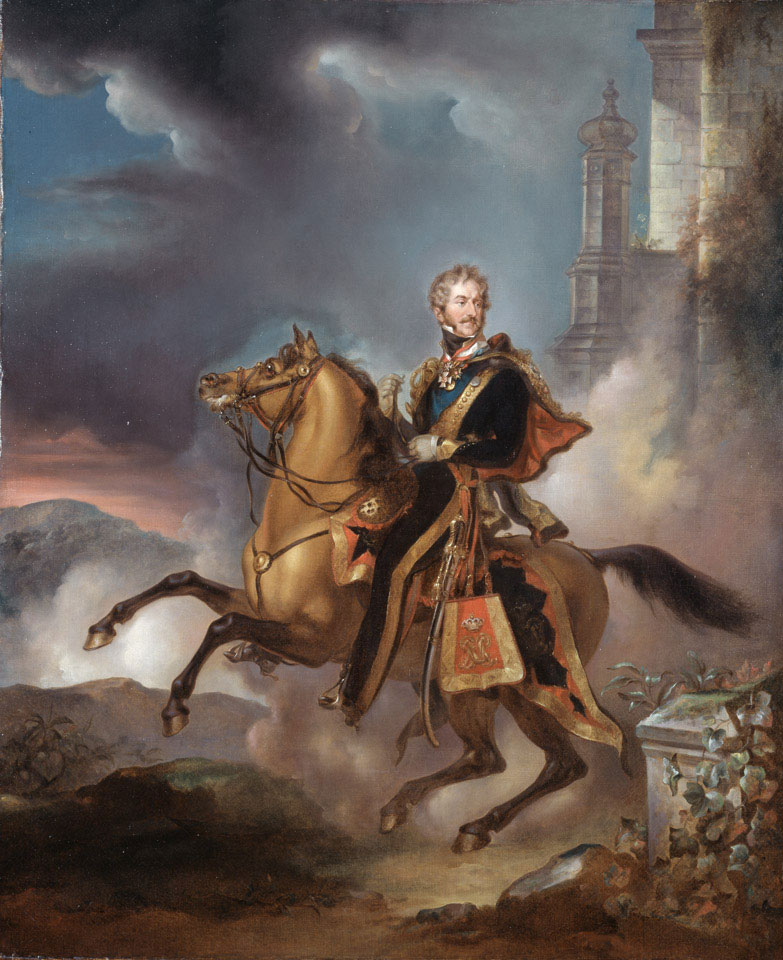 Anglesey (1768-1854) wears the uniform of Colonel of the 7th (or the Queen's Own) Regiment of (Light) Dragoons (Hussars), which, as Henry, Lord Paget, he first commanded in the Low Countries in 1799. He became Colonel of the Regiment in 1801. He commanded the cavalry of Sir John Moore's army in Spain and Portugal but from 1809 further service in the Peninsular War was ruled out by his elopement with the Duke of Wellington's sister-in-law.

In 1815, now the 2nd Earl of Uxbridge, he was given command of the British cavalry and horse artillery in Wellington's army. He lost his leg at Waterloo when it was shattered by a piece of shot which narrowly missed Wellington. Uxbridge was created Marquess of Anglesey for his services at Waterloo and became field marshal in 1846.