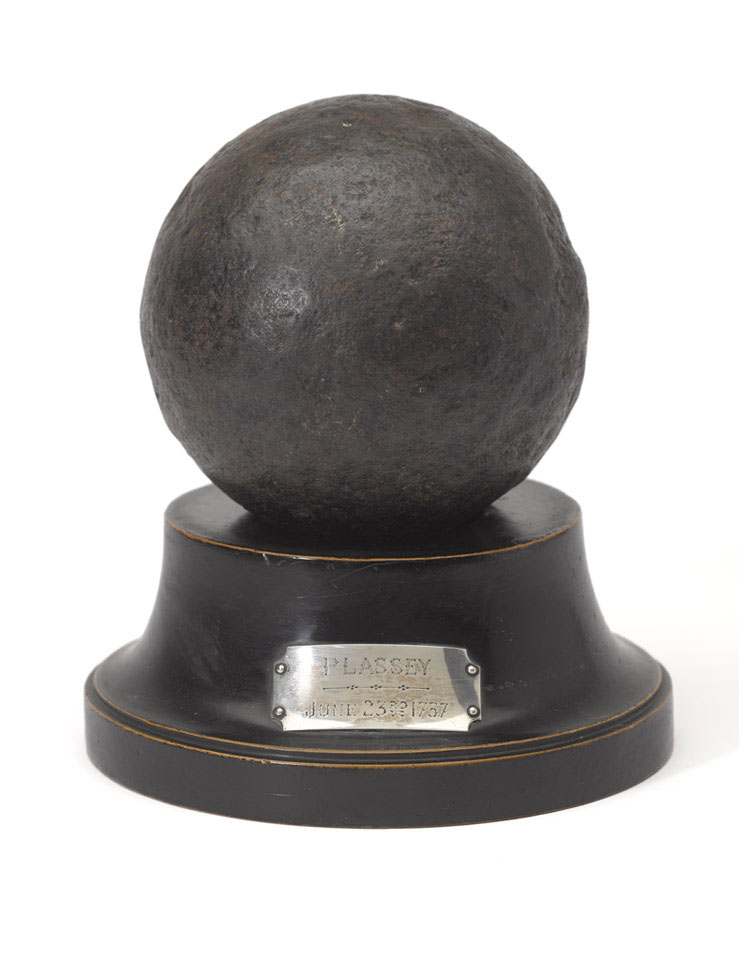 Both sides used artillery at the Battle of Plassey. Some of the cannon used by the army of Siraj-ud-Daulah were crewed by French artillerymen. Robert Clive's artillery played a critical role in the battle, demoralising his opponents and killing Mir Madan, one of Siraj's most trusted generals. This cannon ball was given to the officers of the Royal Munster Fusiliers in 1903 as a souvenir by the Governor of Bengal.