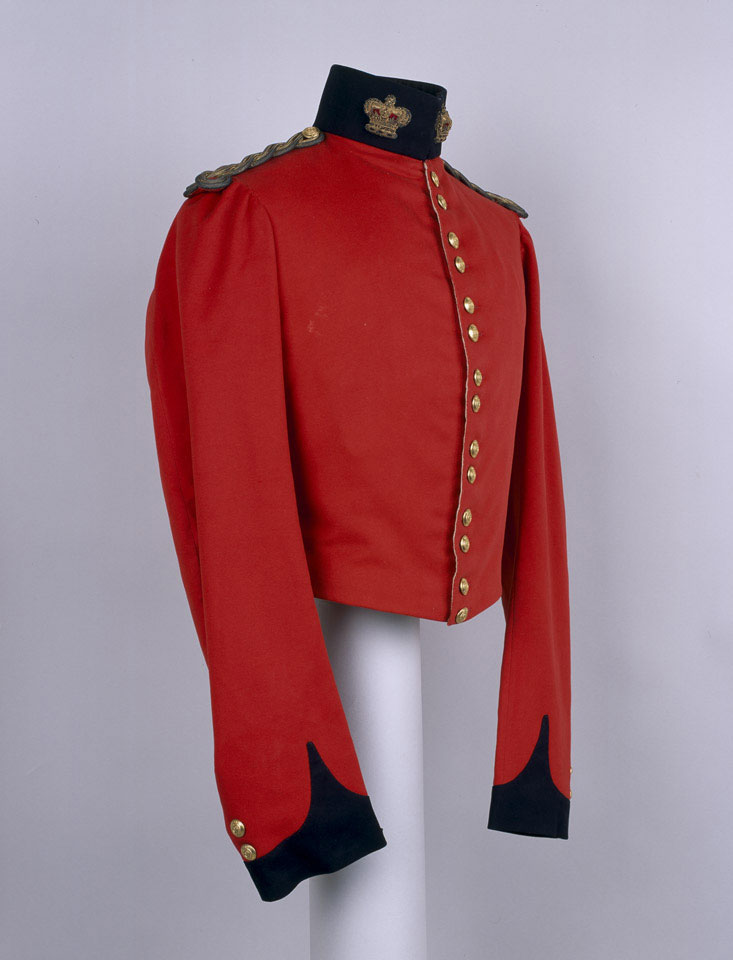 Shell jackets, reminiscent of Eton College jackets, were adopted in place of the undress coat by infantry officers around 1830 and continued to be worn until 1856. This shell jacket was worn by Lieutenant-Colonel Harry George Chester of the 23rd Regiment of Foot (Royal Welch Fusiliers) which he joined as an ensign on 26 October 1830. Chester was killed in 1854 leading his regiment at the Battle of the Alma in the Crimea. Lieutenant-General Sir George Brown (1790-1865) wrote of him afterwards, 'The army & his Country did not contain a more gallant soldier or more accomplished gentleman.'