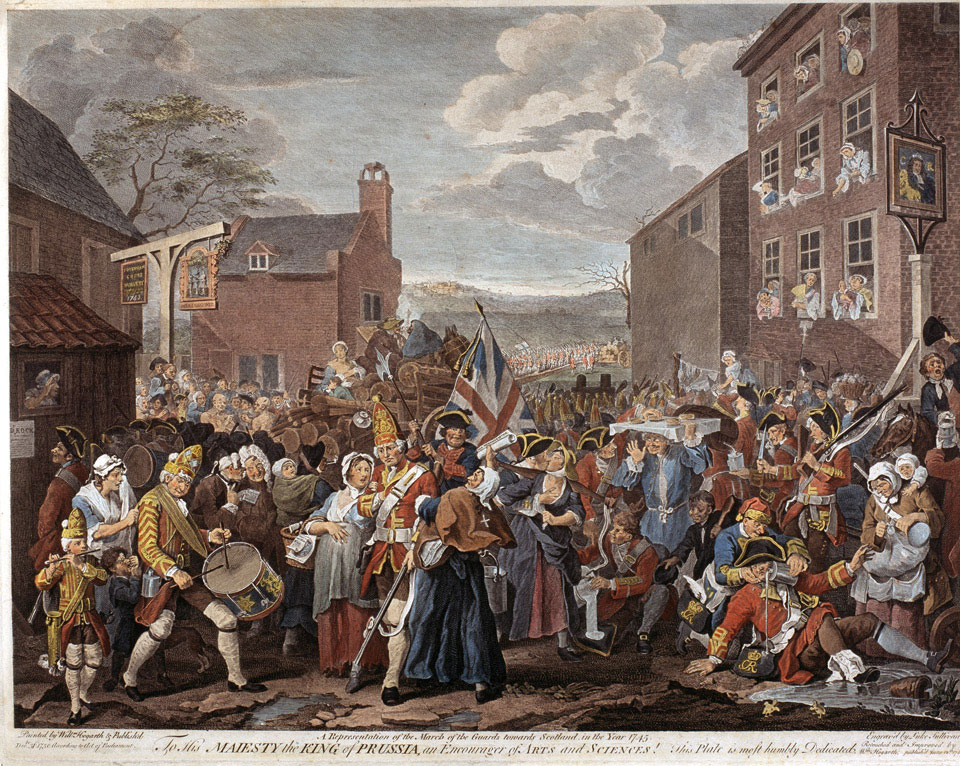 The March of the Guards towards Scotland in the year 1745

In depicting a scene during the Second Jacobite Rebellion (1745-1746), the artist, William Hogarth, took the opportunity to satirise aspects of military life. In the background, troops are marching in an orderly fashion but, in the foreground, there is a complete breakdown of military discipline. Two of the most noticeable features are the prevalence of drunkenness, and the number of women who accompanied troops on the march. King George is said to have been very annoyed when he first saw the picture, as he deeply resented the mockery of his personal regiments of Foot Guards.