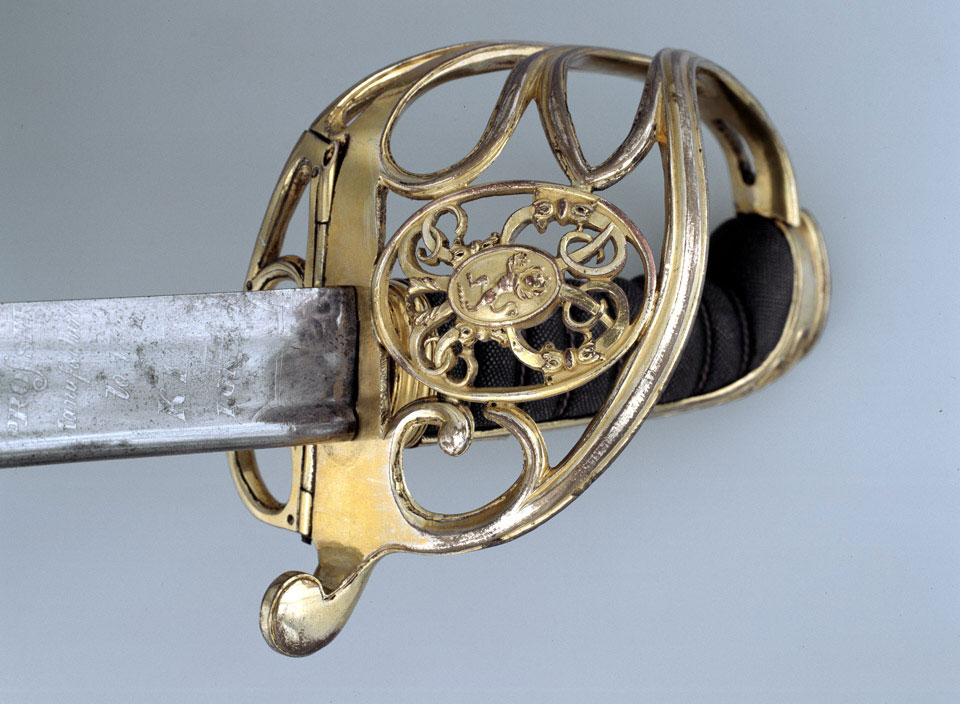 When the new pattern of Infantry officers sword for the British Army was introduced in 1822, the East India Company followed suit. On the guard the King's monogram was replaced by the rampant lion of the Company, and the blade also bore the arms of the Company rather than those of the monarch.