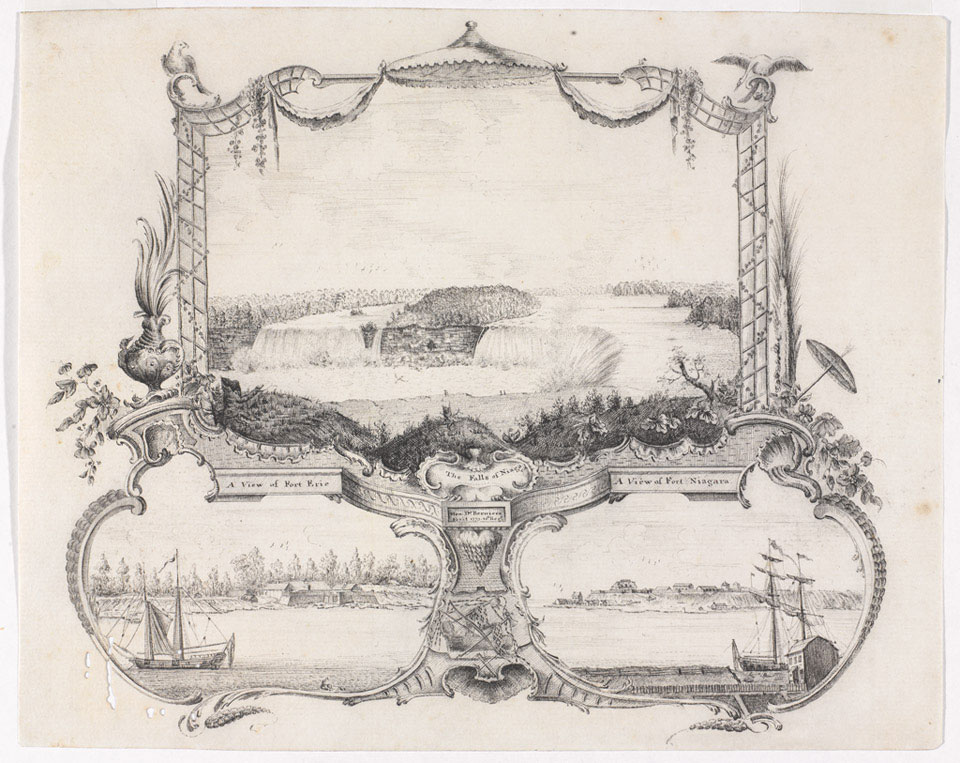 The Falls of Niagara, Fort Erie and Fort Niagara,1773

Ensign Henry de Berniere drew a number of maps of North America which are now held in public collections in America. In 1775, General Thomas Gage, Commander-in-Chief of British Forces during the American War of Independence, sent de Berniere and Captain John Brown on a mission to sketch roads, passes and heights from Boston to Worcester and to make observations. Henry de Berniere's account of this was published in Boston in 1779.