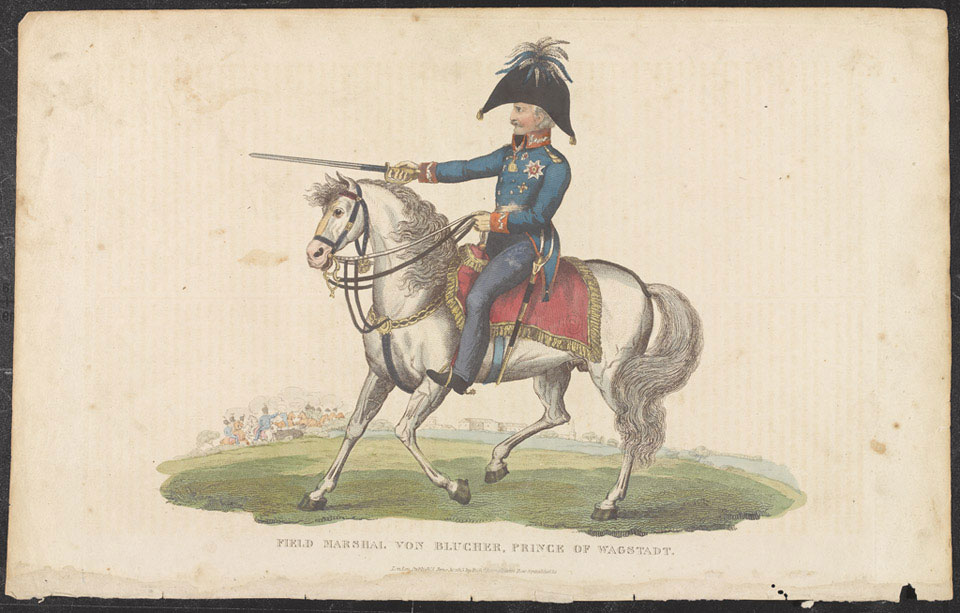 Coloured engraving by an unknown artist. No 13 in the series Nicholson's 'History of the Wars of Europe'. Published by Richard Evans, 30 June 1815.

On 16 June 1815, Field Marshal Leberecht von Blücher's Prussians sustained a severe defeat to Napoleon's French army at Ligny. During the battle, Blücher was ridden over by cavalry and lay trapped under his dead horse for several hours, his life saved only by the devotion of his aide-de-camp, Count Nostitz. He was unable to resume command for some hours, and after General August von Gneisenau drew off the defeated army and rallied it, Blücher resumed command and marched two of his corps to Waterloo (18 June 1815) where their late intervention swung the battle in the Allies' favour.