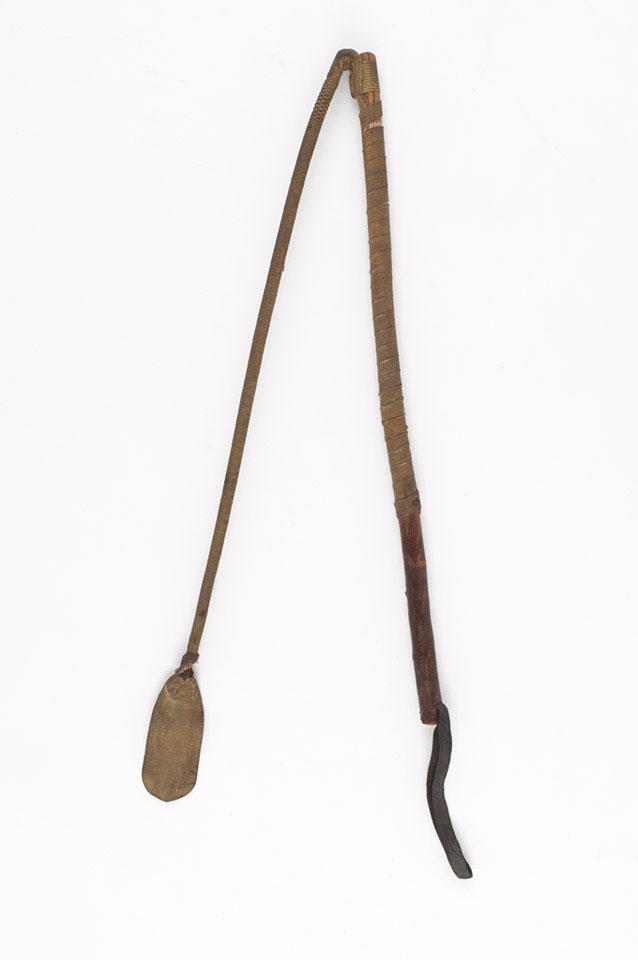 Riding whip taken from a Turkish prisoner by Captain Heerajee Cursetjee in Egypt, 1915

Heerajee Jehangir Manockjee Cursetjee (1885-1964) was born in Bombay and studied medicine at Cambridge and the London Hospital. During World War One (1914-1918) he served as a medical officer with the 14th King George's Own Ferozepore Sikhs in Egypt, Gallipoli and Mesopotamia. In 1915 his unit repelled a Turkish raid on the Suez Canal. It was during the latter operation that he obtained this whip.