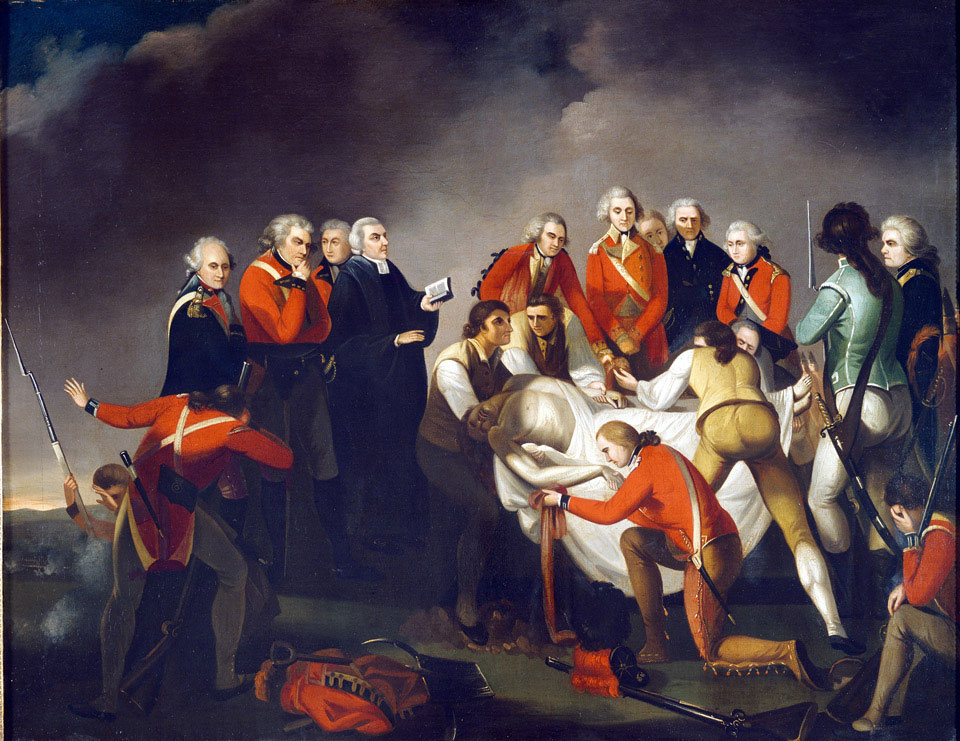 The Burial of General Simon Fraser after the Battle of Saratoga, 1777

General Fraser's body being wrapped for burial on the battlefield, surrounded by grieving officers and men.

During the Seven Years War (1756-1763), Simon Fraser fought at the Siege of Louisbourg and at Quebec under the command of Major-General James Wolfe. A near-relation of a former Jacobite chieftain, he went to North America in 1776, commanding a brigade in the army of Major-General John Burgoyne during the American War of Independence (1775-1783).

The following year, Burgoyne allowed his army to be encircled by superior American forces at Saratoga. During an unsuccessful attempt to break through the American position, Fraser was mortally wounded by a rifle ball on 7 October 1777 on the ground called Bemis Heights. He died at 8 o'clock the following morning and was buried in one of the British redoubts. After this battle, over 5,000 of Burgoyne's troops were subsequently forced to surrender to the Americans, which marked a turning point in the war.