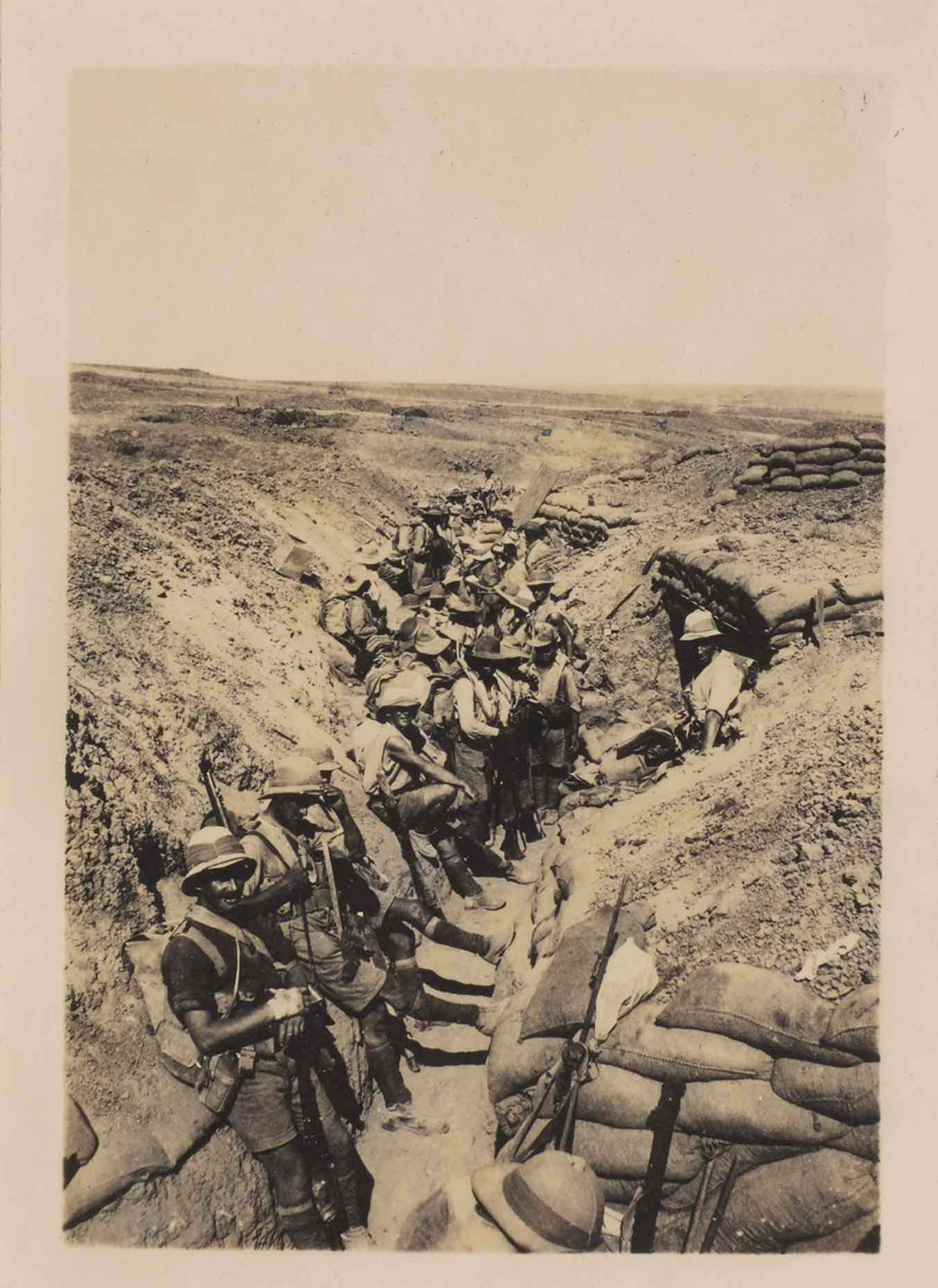 British officers and men of 3/3rd Queen Alexandra's Own Gurkha Rifles in a front line trench, 1917

The 3rd Battalion 3rd Gurkha Rifles was raised in Egypt in January 1917 from a cadre of the 2/3rd Gurkha Rifles alongside a draft of new recruits. It joined 233rd Brigade, and in June 1917 took over a section of the defences near Rafa in Palestine before joining the advance on Gaza in late October, where it first went into action.