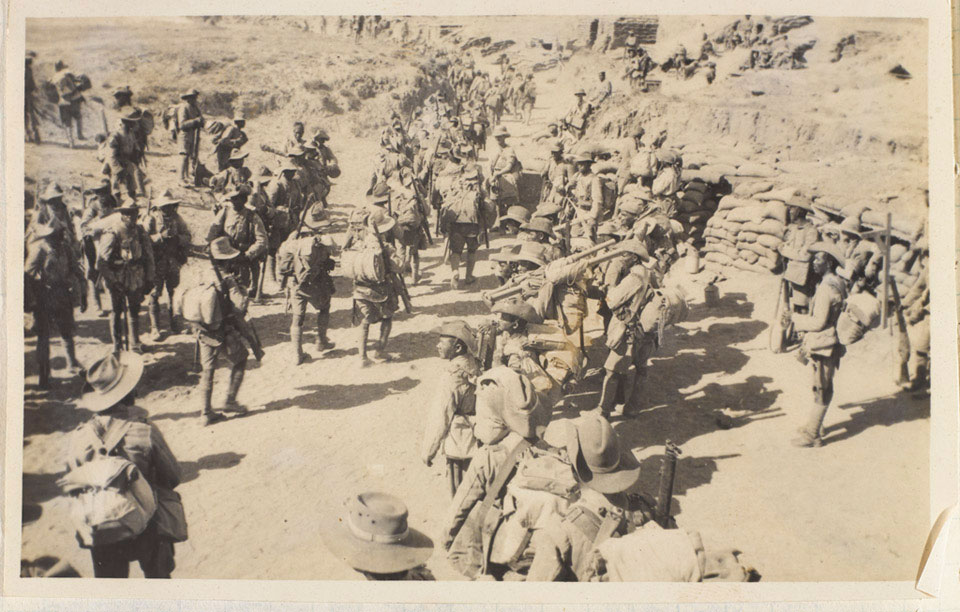 'Massed in Welsh Wadi previous to advance on Gaza', 1917

The soldiers are from 3rd Battalion 3rd Gurkha Rifles, which was raised in Egypt in January 1917 from a cadre of the 2/3rd Gurkha Rifles alongside a draft of new recruits. It joined 233rd Brigade, and in June 1917 took over a section of the defences near Rafa in Palestine before joining the advance on Gaza in late October, where it first went into action. It took part in the pursuit of the retreating Turks before moving on to the Jerusalem front.