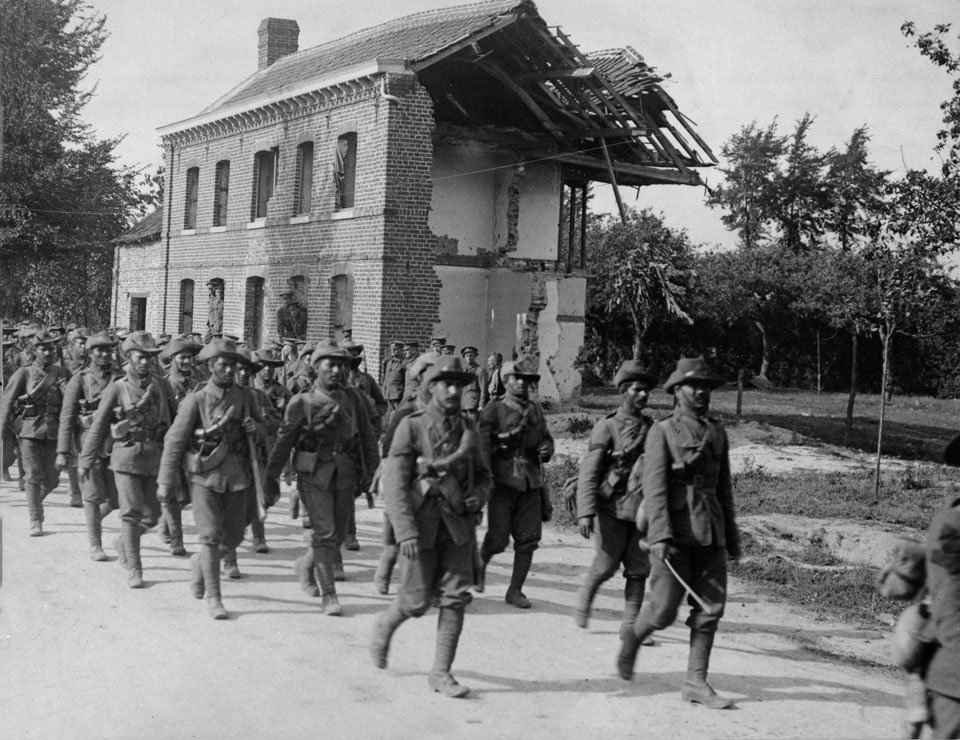 The two battalions of the 39th Garhwal Rifles were mobilized in August 1914 as part of the Garhwal Brigade of the Meerut Division. They reached the trenches in France at the end of October. Casualties in the battle for Neuve Chapelle in March 1915 were so heavy that on 1 April the battalions were amalgamated to become the Garhwal Rifles. At the end of October the unit was withdrawn from France.