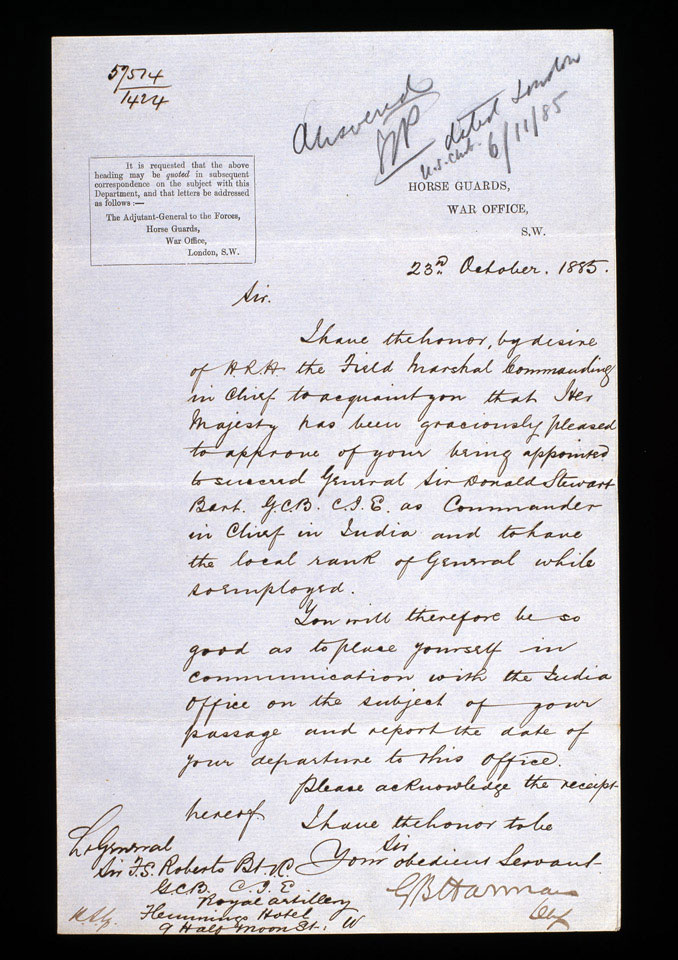 Letter informing Lieutenant-General Sir Frederick Roberts of his appointment to be the next Commander-in-Chief in India, London, 23 October 1885

Roberts had returned home from India having relinquished the command of the Madras Army on 17 August 1885 and was staying in a hotel when Major-General G B Harman, the Deputy Adjutant General, sent him this letter. Roberts sent his reply 14 days later from the United Service Club. He went on to hold the post of commander-in-chief, India, until 1893.