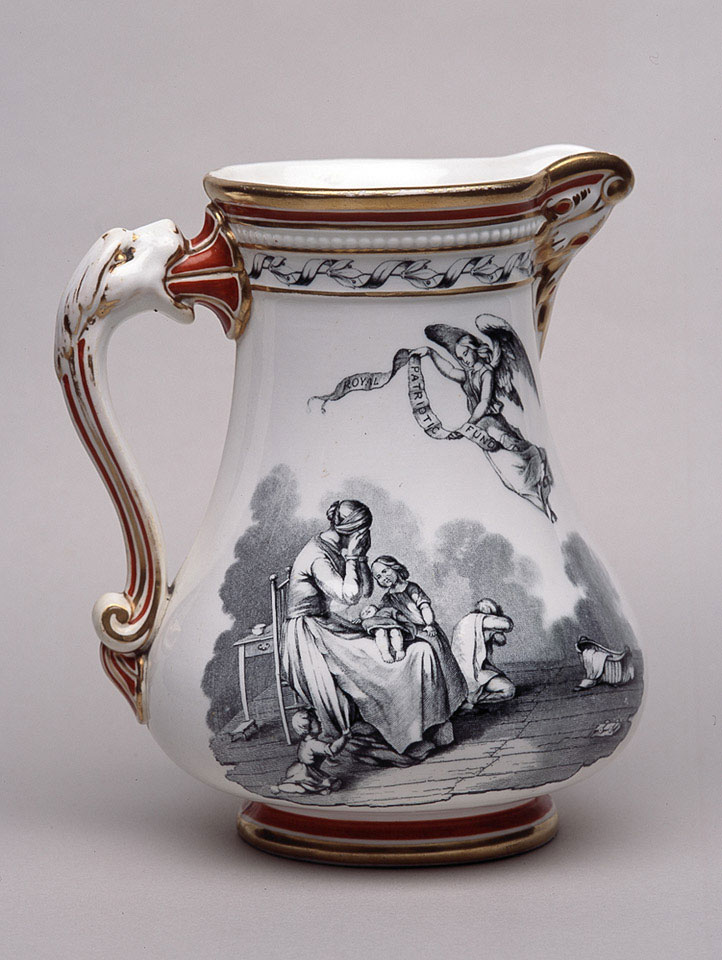 One side of the jug is decorated with a scene depicting a group of wounded soldiers on a battlefield, while on the other, a grieving widow is shown surrounded by her children. The Royal Patriotic Fund was established for 'the succouring, educating and relieving those who, by the loss of their husbands and parents in battle, or by death on active service in the present war, are unable to maintain or to support themselves'. By January 1855, the fund had already raised £550,000.