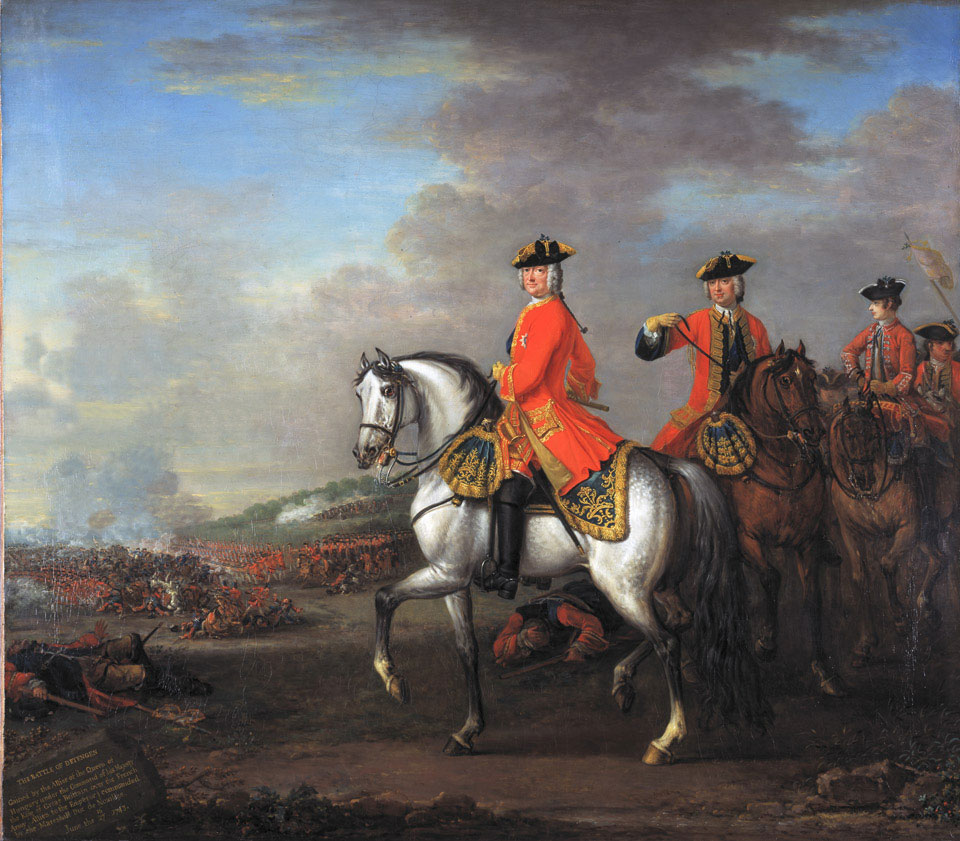 King George II at the Battle of Dettingen, with the Duke of Cumberland and Robert, 4th Earl of Holderness, 27 June 1743

The Battle of Dettingen was fought during the War of the Austrian Succession (1740-1748) in the area which is now southern Germany. When his retreat was cut off, King George II (1683-1760) successfully led a multinational force of British, Hanoverians, Dutch and Austrians against the French under the Duc de Noailles, inflicting heavy losses. This was the last occasion when a reigning British monarch led his troops in person on the battlefield. As Duke of Cambridge, the King had already fought under Marlborough's command at the Battle of Oudenarde in 1708. Although he displayed great personal courage, the King had little flair for higher military command and wisely left the conduct of the campaign to his generals. His victory at Dettingen brought him much popularity at home.

On the King's right is his third son, William Augustus, Duke of Cumberland (1721-1765). In April 1743, aged 22 and with the rank of major-general, Cumberland accompanied his father on campaign, serving as his aide-de-camp. The Duke served with distinction and was wounded in the leg at the Battle of Dettingen.

Purchased with the assistance of the National Art Collections Fund.