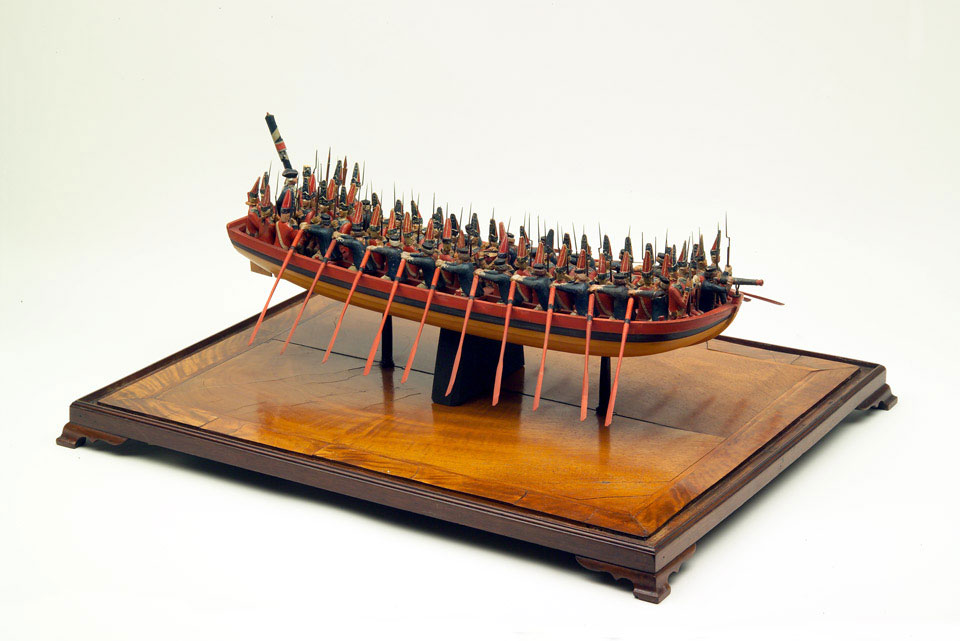 This type of barge was used during General Wolfe's landing at Quebec in 1759. It was developed around 1758 for use in seaborne attacks on French ports. Assault landing techniques were devised with the aid of Royal Navy officers, and as well as at Quebec, spectacularly successful results were achieved during the Seven Years War (1756-1763) at Louisbourg (Cape Breton, Canada) in 1758 and at the Spanish fortress of Havana (Cuba) in 1762.