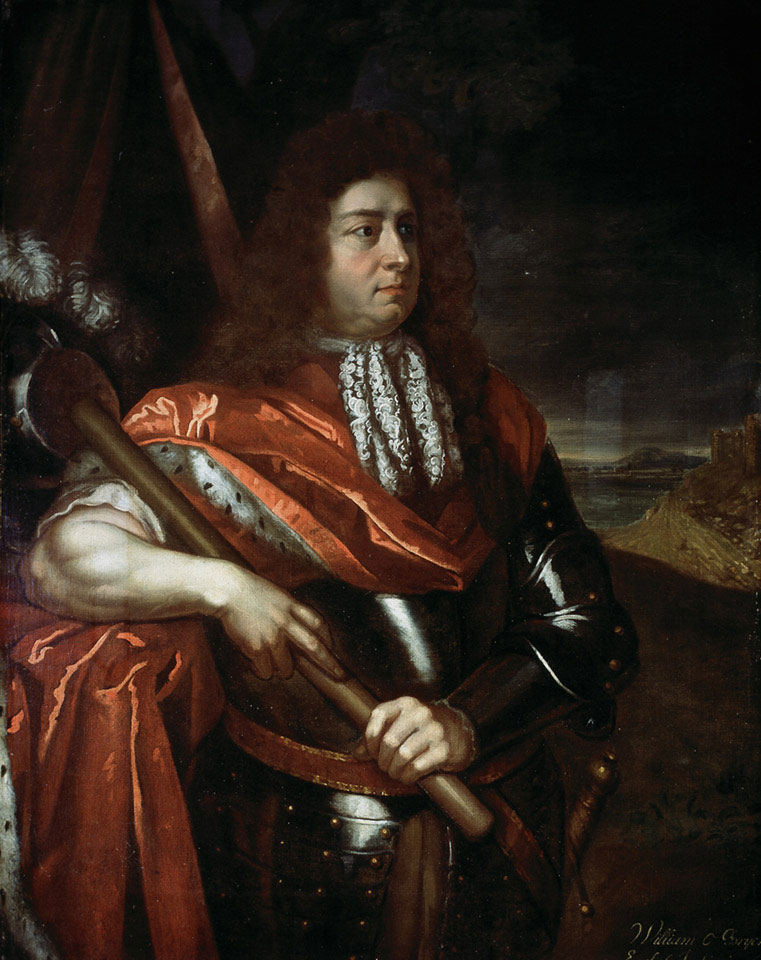 William O'Brien (1638 (c)-1692) spent most of his early life on campaign overseas, with his father, Murrough O'Brien, 1st Earl of Inchiquin (1614 (c)-1674). In 1659 he accompanied the earl on an expedition to Portugal to fight against the Spanish. Just off the coast at Lisbon they were captured by pirates, and William lost his left eye during the fight. They were held captive in Algiers and, although his father was released shortly afterwards, William was held hostage for almost a year.

In 1675, now 2nd Earl of Inchiquin, William was appointed Captain-General of the King's forces in Africa and Governor of Tangier. However, he was absent from his command for a long period and in 1680 he was recalled to London. During the short reign of King James II from 1685 to 1688, Inchiquin's anti-Roman Catholic views led to the confiscation of his estates in Ireland, and he attempted, unsuccessfully, to lead a rebellion of Protestants in Munster. In 1688 he welcomed the arrival of William of Orange in the Glorious Revolution which deposed King James II. He was present with the new king at the Battle of the Boyne (1690).

In 1690, Inchiquin was appointed Captain General and Governor of Jamaica, but he died only 16 months later in January 1692, worn out by continual attacks on the island by French ships and internal raids by runaway slaves. He is buried in the Parish Church of St Iago de la Vaga, Jamaica. His grandson, William O'Brien, 4th Earl of Inchiquin married Anne, the eldest daughter of George Hamilton, Earl of Orkney and Elizabeth (née Villiers). Anne succeeded her father to the title of Countess of Orkney on his death in 1736.