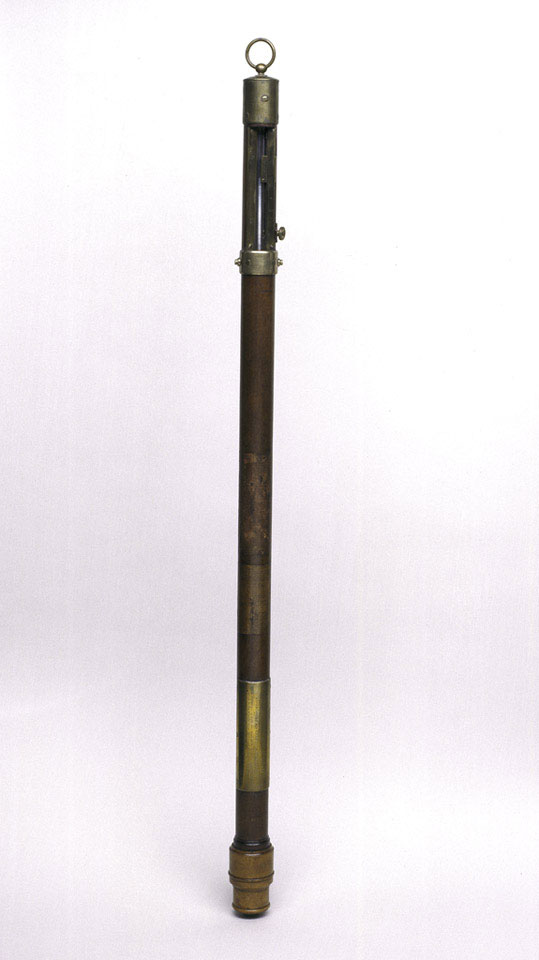 This mahogany and boxwood travelling barometer was used by the Duke of Wellington throughout the Peninsular War (1808-1814). It was manufactured by Berge of London and the brass plate on it records that it was later given by Wellington to Commodore Sir George Collier who had served with the Royal Navy fleet co-operating with the British Army along the Spanish coast.

Weather is a very important factor in warfare, bad weather affects the performance of weapons as well as the morale of troops, in addition poor visibility can lead to disaster; at the Battle of Albuera (1811) driving rain hid four regiments of French cavalry from view, enabling them to surprise a British infantry brigade and cut it to pieces.