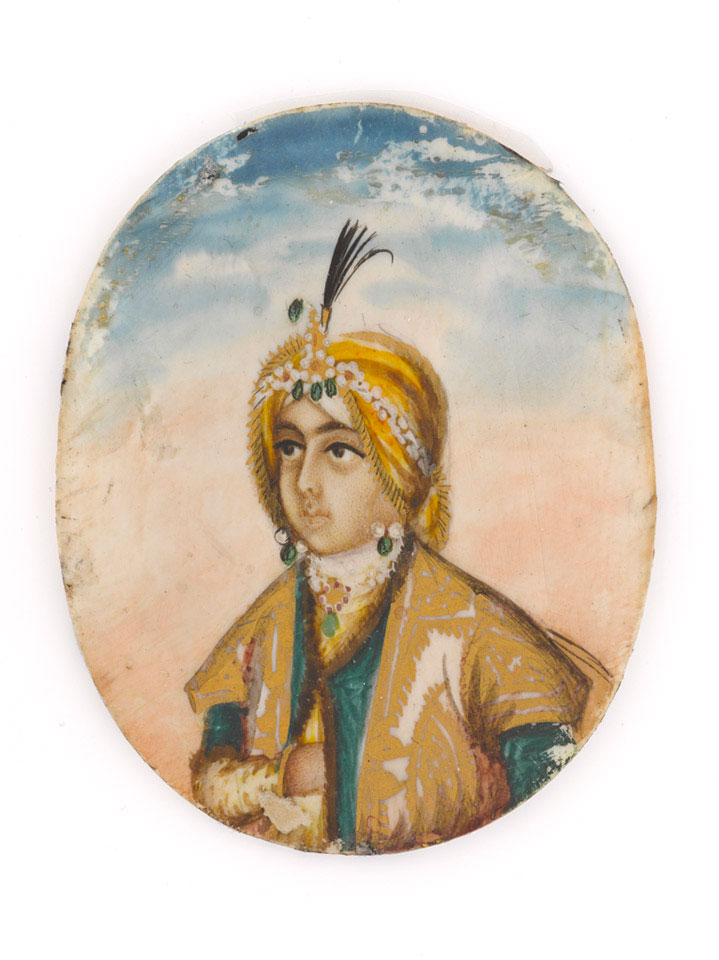 Miniature portrait in watercolour on ivory, by a Company artist, Lahore, India, 1845 (c).

Duleep Singh was the son of the Maharani Jindan and Maharaja Ranjit Singh. Following the assassination of Maharaja Sher Singh in 1843, Duleep Singh became the Maharaja at the age of five, with his mother as regent. Following the Second Anglo-Sikh War of 1848 to 1849 the Maharaja was deposed and the regent replaced by a new Council of Regency under the direction of the British Resident in Lahore, Sir Henry Lawrence. The British government became the guardian of the Maharaja and the Punjab was annexed by the British empire on 29 March 1849. The last Maharaja of the Sikh Empire went into exile in Britain in 1854. He made two brief visits to India but, when he attempted to return there in 1886, he was intercepted at Aden and forced to return to Europe. He died in Paris in 1893.