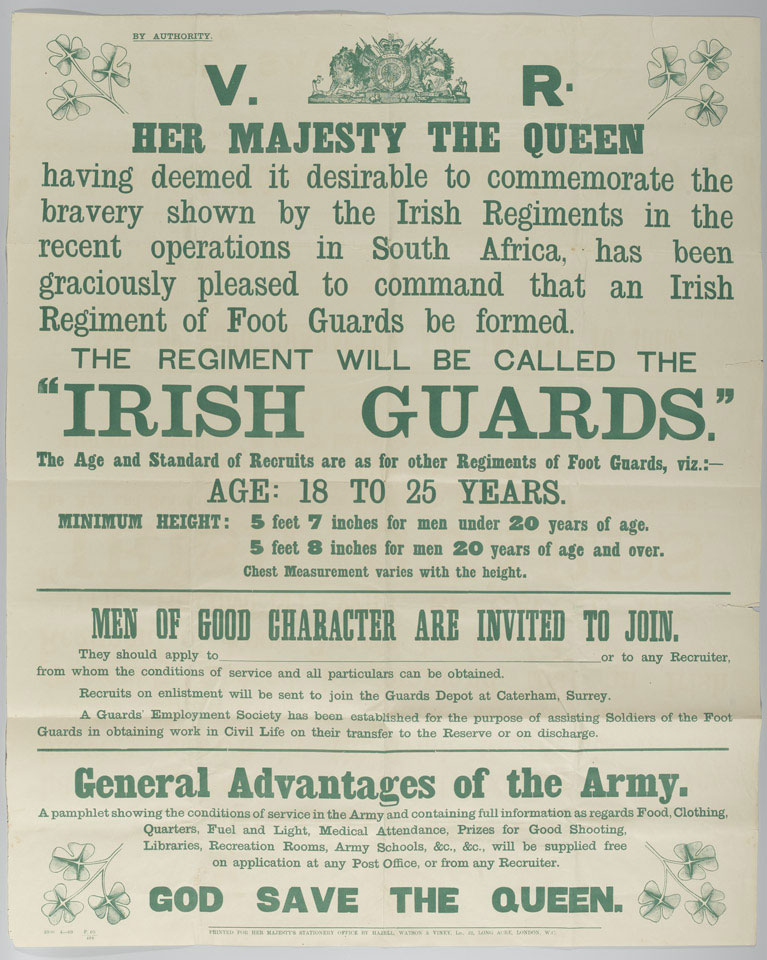 Recruiting poster issued on the formation of the Irish Guards, 1900

The Irish Guards were raised by order of Queen Victoria on 1 April 1900 in recognition of the bravery of Irish soldiers who were then serving in South Africa during the Boer War (1899-1902). The cadre of the new regiment consisted of around 200 men of Irish descent who transferred from the Grenadier Guards. Many more men followed as a free transfer was offered to all Irishmen serving in the Guards Brigade and then to those from the Regiments of the Line.