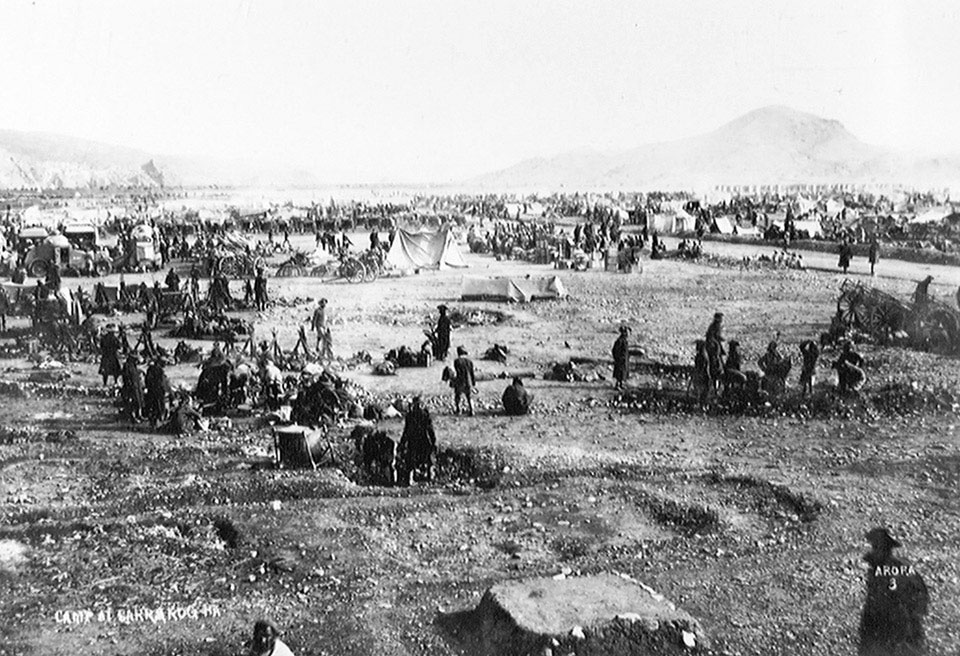 Waziristan dominated events on the North West Frontier politically and militarily. After the tribal uprising of 1919-1920, it was decided during the spring of 1922 to locate the main garrison of Waziristan at Razmak. The self-contained cantonment, capable of holding 10,000 men, was established in January 1923. New roads linking the garrisons and camps in the area were constructed to permit speedier troop movements. The Razmak Movable Column (RAZCOL) consisting of a strong brigade of all arms with all pack transport carried out the first of its many patrols between 1 and 14 June 1924. Sorarogha was a camp situated 24 km south east of Razmak.