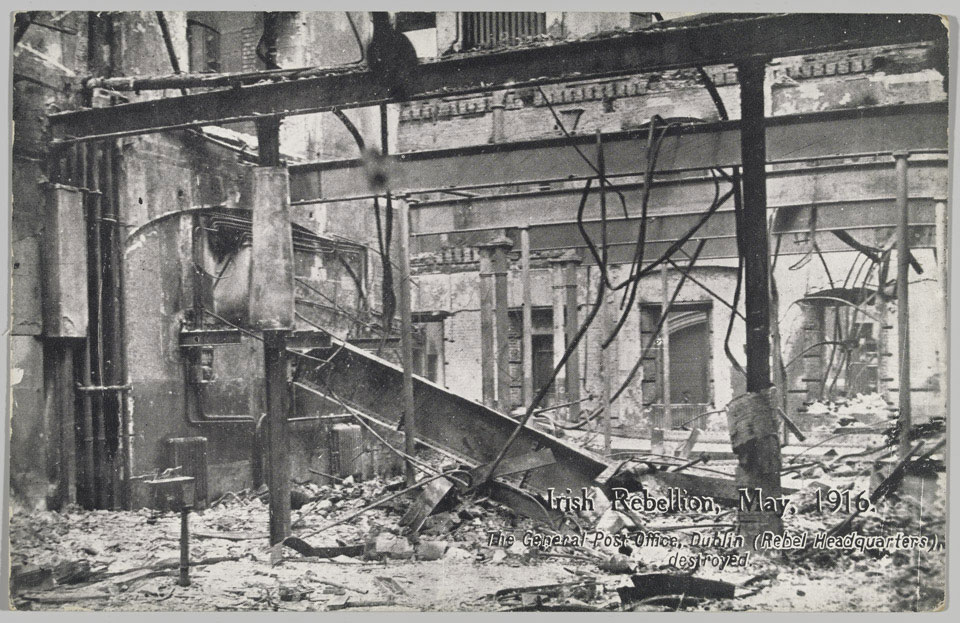 Used as the rebels' headquarters during the Easter Rising (1916), the interior of the General Post Office was completely destroyed by fires started by British shelling. The building did not reopen until 1929.