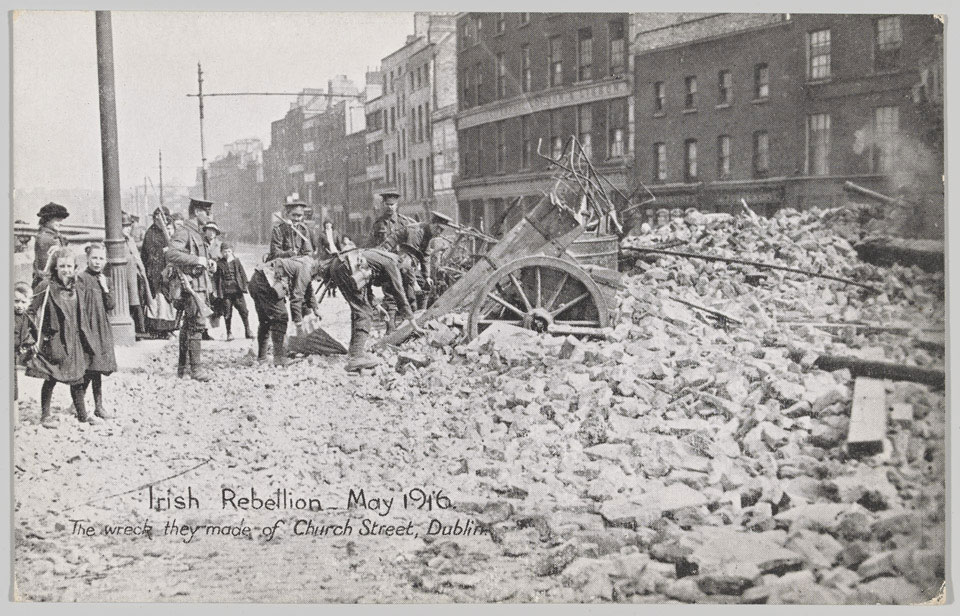 British soldiers clear a barricade from Church Street. The Easter Rising (1916) witnessed bloody fighting. British losses were 120 killed and nearly 400 wounded. Around 60 men from the Irish Volunteers and Irish Citizen Army were killed during the revolt. Over 180 civilians also died.