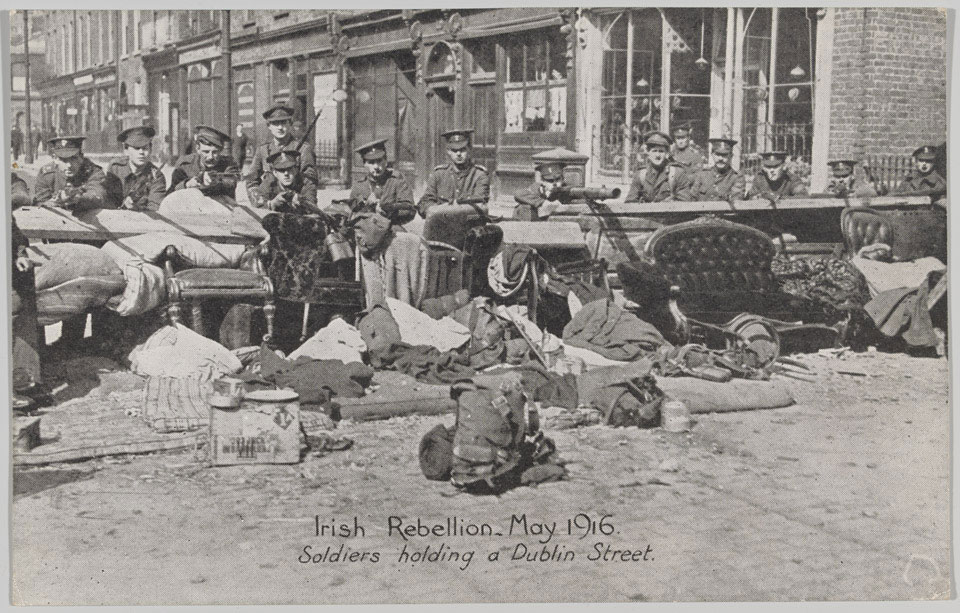 Commercial postcard by Eason and Sons for the Daily Sketch, 1916.

On 24 April 1916 Irish nationalists launched an armed revolt against British rule in Ireland. The rising was largely confined to Dublin and focused around the General Post Office (GPO) building where the rebels proclaimed the establishment of the Irish Republic. It took the surprised British authorities the better part of a day to organise a response, which was inevitably armed. Martial law was declared across Ireland and the rebels slowly driven back in violent street fighting until only the GPO remained in their hands by 29 April. The arrival of British infantry reinforcements and light artillery ended the siege. Although the rising lacked wide scale public support at its outset, the subsequent British reprisals against its leaders succeeded in generating a groundswell of sympathy for Republican ideas.