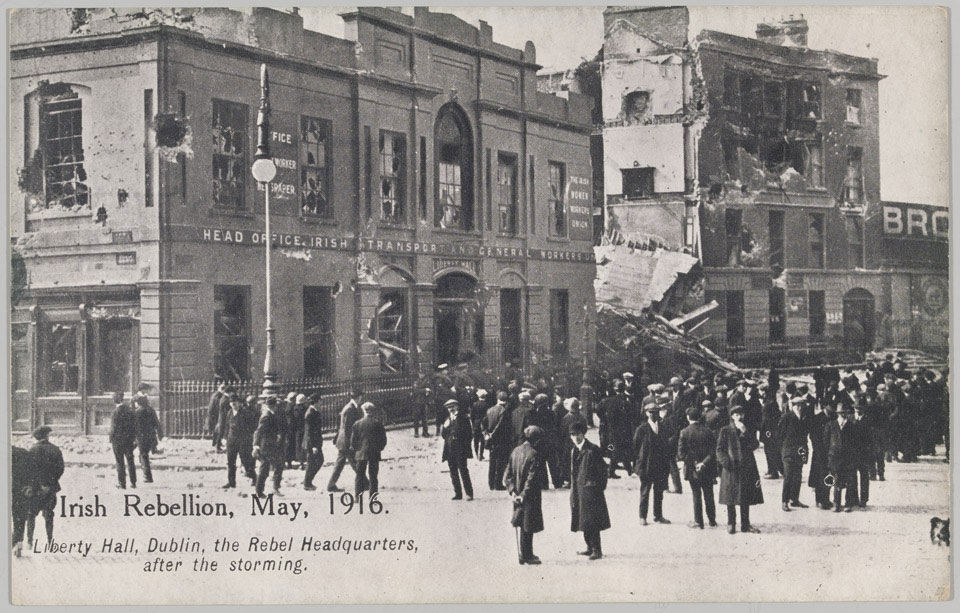 Irish Rebellion, May 1916. Liberty Hall, Dublin, the Rebel Headquarters after the storming'

Liberty Hall was the headquarters of the Irish Citizen Army. Prior to the Easter Rising (1916) it was used as a ammunition and weapons store. During the fighting it was shelled by a British gunboat from the nearby river.