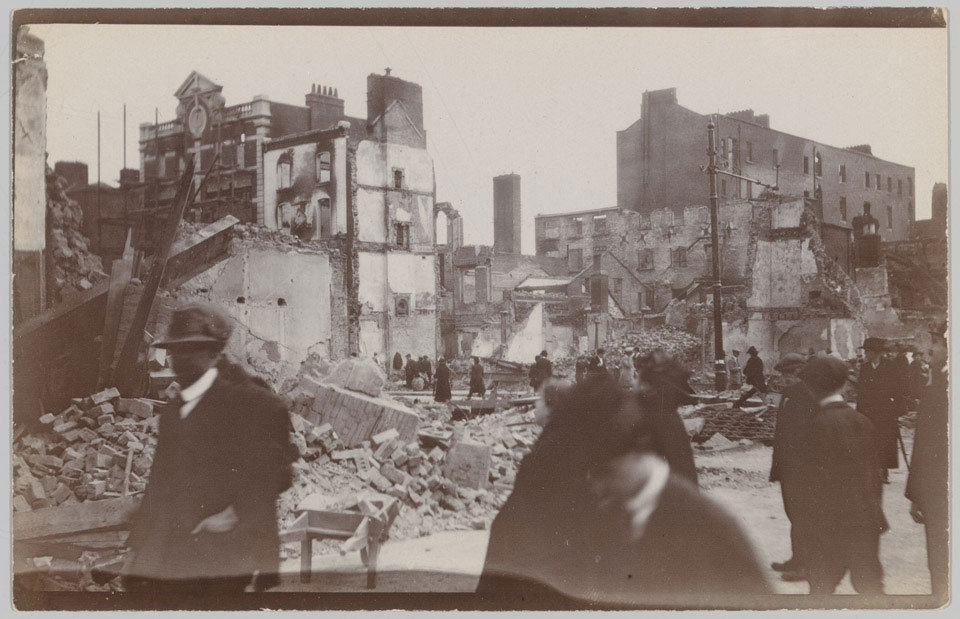 The destruction following the Easter Rising in Dublin, 1916

This image was possibly taken in Sackville Street (now O'Connell Street), where the General Post Office (GPO) building was situated. Leading members of the rebels' Provisional Government held out at the GPO during the violence. Many adjacent buildings were damaged in the fighting and several shops on the street were looted.