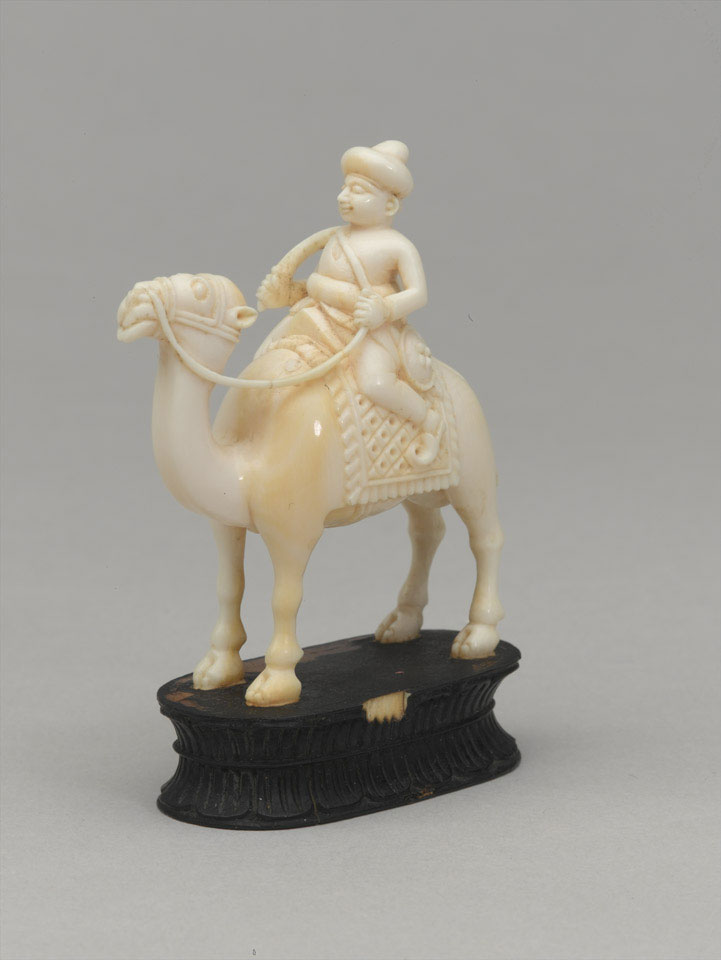 Carved ivory, made by an Indian artist, probably in Berhampur, from a chess set representing the Bengal Army and an Indian ruler's forces, 1820 (c).

This chess piece takes the form of a native sowar mounted on a camel holding a single reign in his left hand and a curved sword in his right; the figure wears a round hat and a kurta with a shield hung by a strap over his right shoulder.

Known as 'John Company' sets, finely-crafted chess sets of East India Company soldiers and Indian troops were popular with the British. Most pieces are carved from single sections of ivory.

This set was probably made in Berhampur, which was established as a centre of ivory carving during the 1700s. It was ideally situated for the European market because travellers and traders passed through on their way to and from Calcutta (Kolkata) and central and southern India. It was also a garrison town, so would have had a regularly-changing population of British officers. Exquisite chess sets like this continued to be made into the twentieth century.