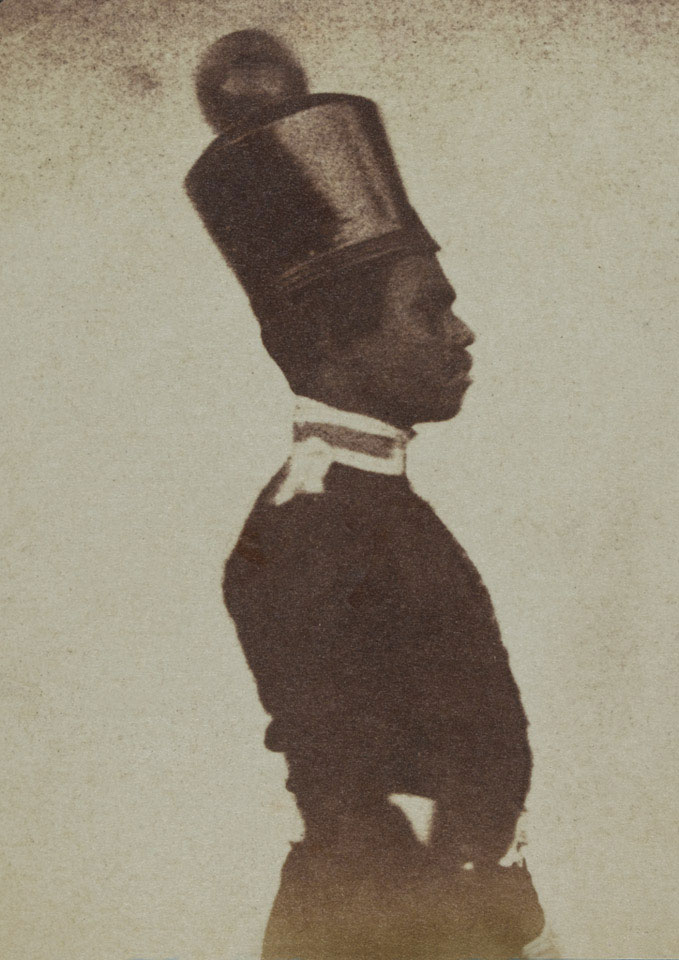 The Madras troops taking part in the 2nd Burma War (1852-1853), during which this photograph was probably taken, were the 1st Light Cavalry, Artillery, Sappers and Miners and the 1st, 5th, 9th, 12th, 19th, 26th, 35th and 49th Infantry Regiments, all of whom received the battle honour 'Pegu'. Lord Dalhousie, Governor-General of India (1848-1856), insisted on Madras troops being employed in the campaign since the Bombay battalions had recently been given the opportunity of active service in the 2nd Sikh War (1848-1849).