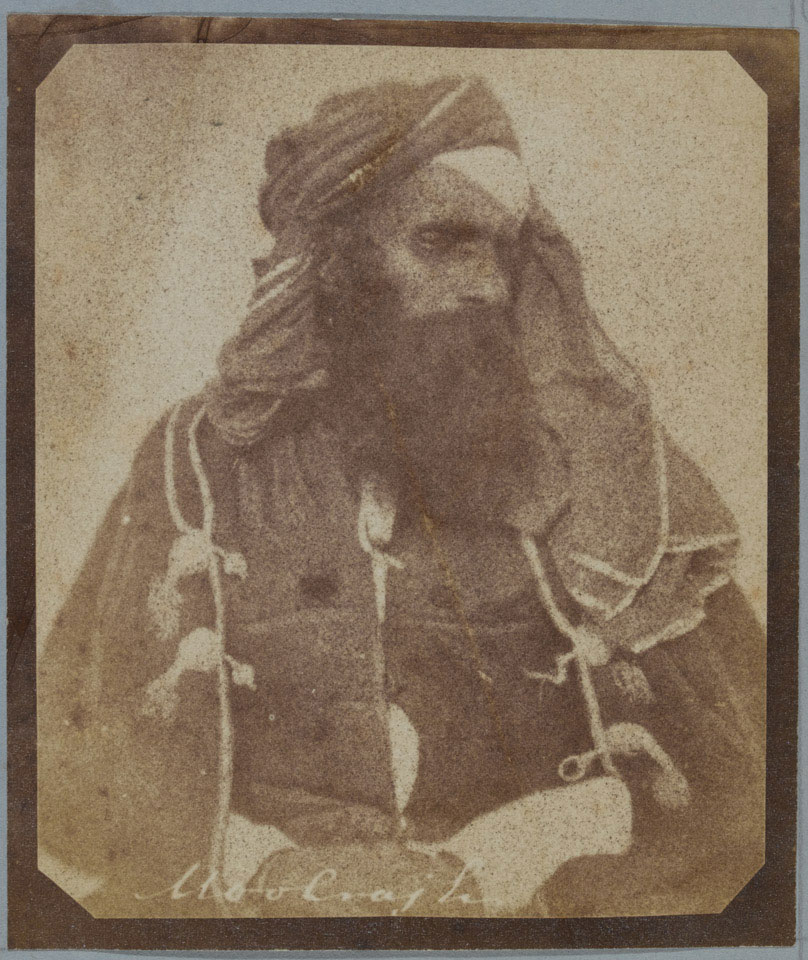 Mul Raj was governor (Diwan) of Multan, a Sikh city that had fallen under British rule in 1846 after the 1st Anglo-Sikh War (1845-1846). In a dispute over taxation the British ordered his replacement by Sikh Governor, Sirdar Khan Singh, and a British political agent, Lieutenant Patrick Vans Agnew. However, when Agnew arrived at Multan he and his associate, Lieutenant William Anderson, were murdered by an angry mob. Although it is unlikely that Mul Raj ordered the murders, because of them he was forced into open rebellion, so beginning the 2nd Sikh War.

When Multan was taken by the British in January 1849 Mul Raj was captured and although spared execution was sentenced to life imprisonment. It was during his incarceration that McCosh photographed him and this probably accounts for his sombre expression.