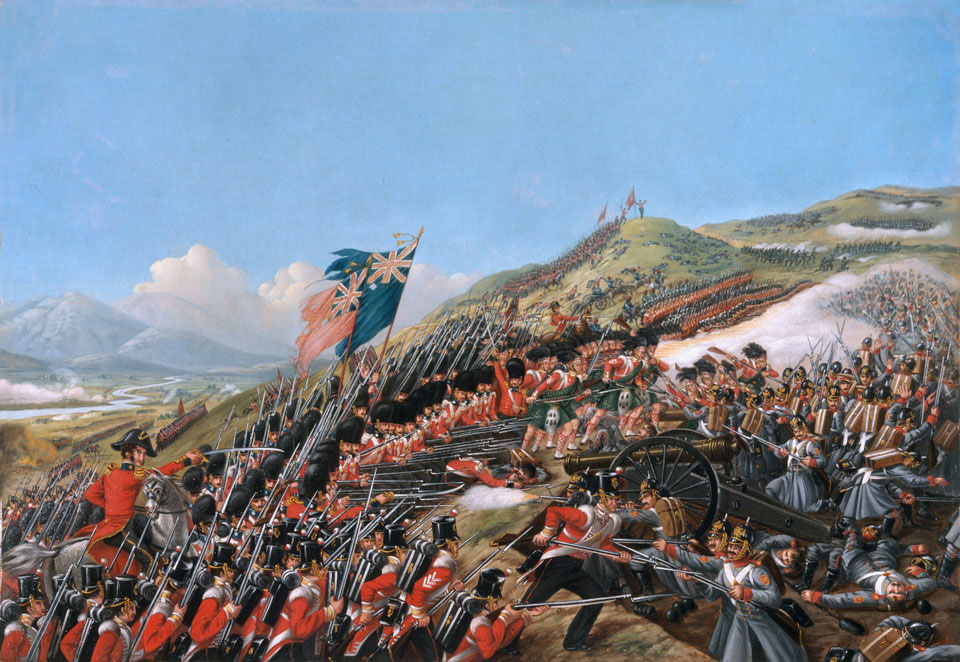 When Britain and France joined Turkey in a war against Russia, the main theatre of war was in the Crimean peninsula. The first action of the Crimean War (1854-1856) took place when an allied force found its route to the naval base of Sevastopol blocked at the Alma River. The Russian force, under the command of Prince Alexander Sergeievich Menshikov, numbered 36,400 men.

The allied force crossed the river without too much difficulty but were then faced by a steep slope. This was only carried after a hard fight and the Russians were driven off the heights south of the river. Menshikov lost 1,200 men killed, although more than 4,000 Russians were captured. Allied losses were heavier with about 3,000 British and 1,000 French soldiers killed in action.

In this representation of the Battle of the Alma, the artist has compressed the action by depicting the 7th (Royal Fusiliers) Regiment of Foot, the Coldstream Guards and men of the Highland Brigade storming the Great Redoubt simultaneously. In reality the Highlanders carried out an outflanking move to the left, the Fusiliers were involved in a protracted firefight to the right and the only one of these formations actually to close with the Redoubt was the Guards.