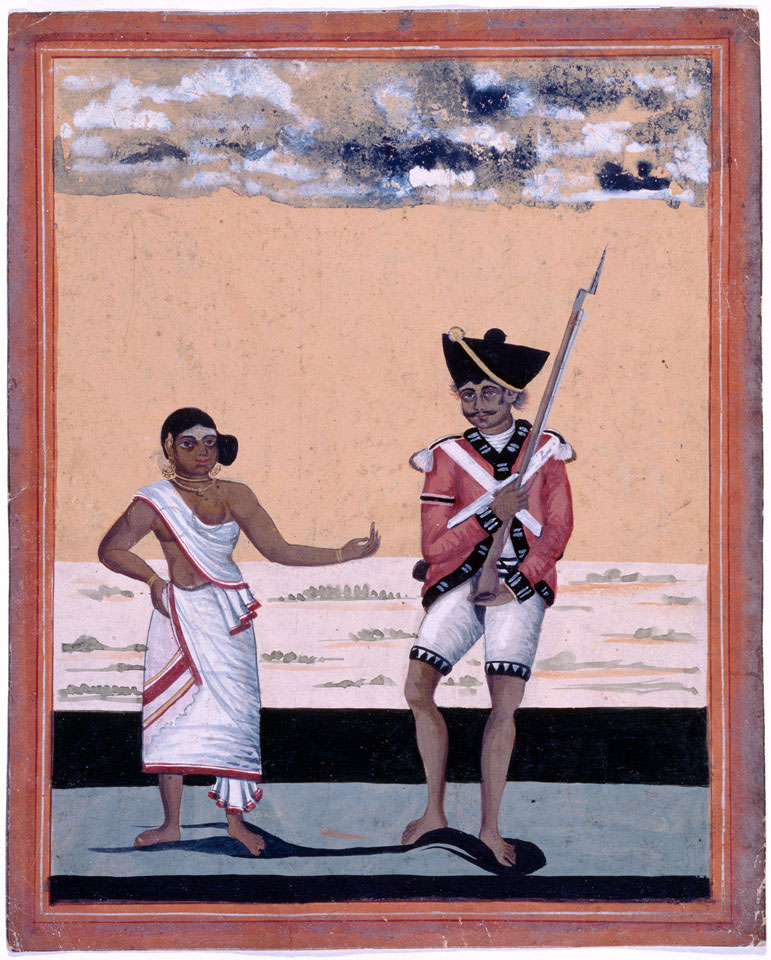 Sepoy of Madras Native Infantry and his wife, 1810 (c)

Watercolour on Oriental paper, by a Company artist, Tanjore, 1810 (c).

By 1810 there were 46 regiments of Madras Native Infantry in existence alongside three regiments of European infantry. The Madras Army also included nine cavalry regiments and three artillery units.

The caste marks on this sepoy's face show that he is a Hindu. In 1806 the Madras Army offended both Hindu and Muslim soldiers when it banned the wearing of caste marks and required Muslim soldiers to shave their beards. The resulting mutiny at Vellore demonstrated that the East India Company needed to respect the customs of its men. The new regulations were abolished.