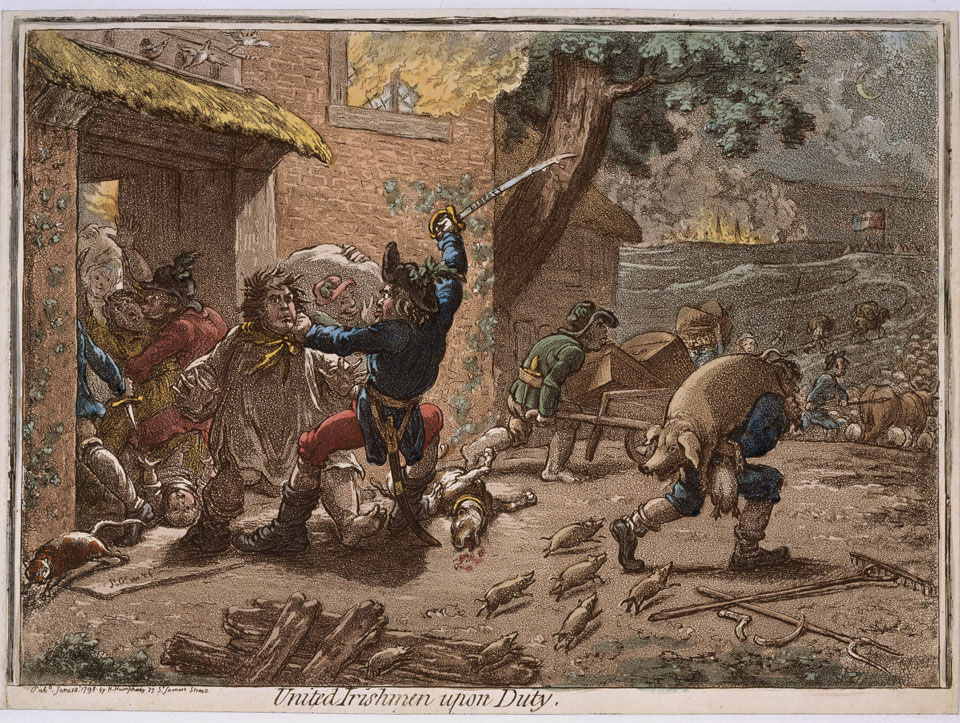 This portrayal of volunteers of the Society of United Irishmen, a republican nationalist group fighting for Irish independence, depicts them as thieves perpetrating atrocities against innocent farmers rather than as a serious political force. The work, playing as it does on the fears of property-holders, was aimed at encouraging loyalists in Ireland to join the militia. The arrest of several leaders of the United Irishmen in 1798 caused a revolt which was brutally suppressed by government troops, including militia units, with more than 20,000 lives lost.