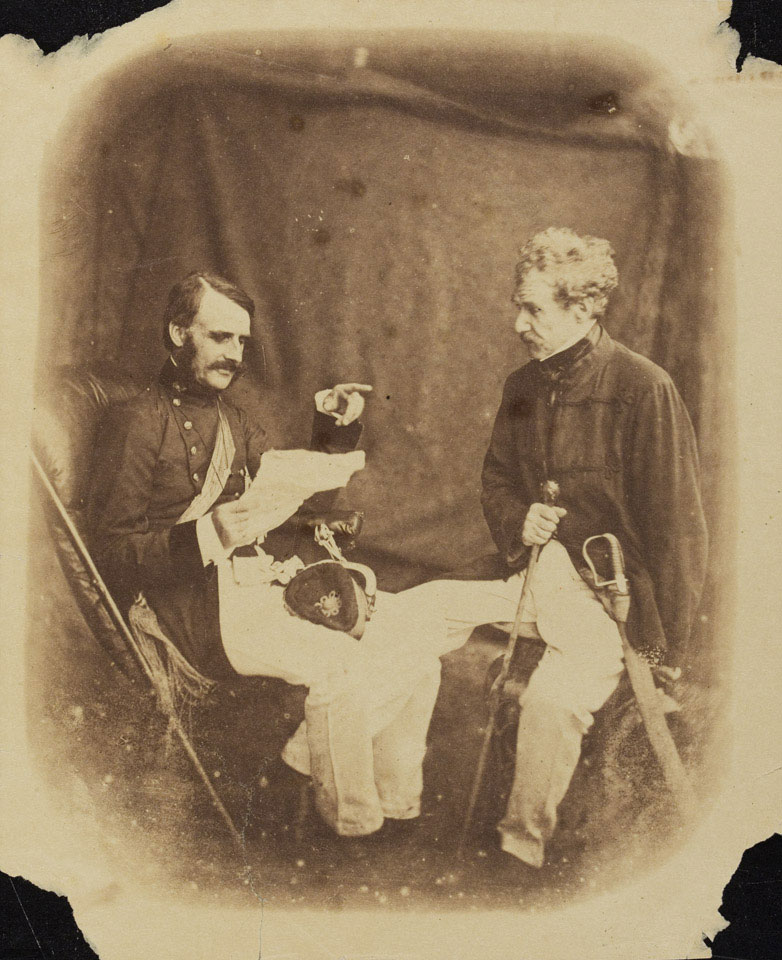 General Sir Colin Campbell and his Chief of Staff, Major-General William Mansfield, reading good news in despatches. When news of the Indian Mutiny (1857-1859) reached Britain, Prime Minister Lord Palmerston offered Campbell the post of Commander-in-Chief in India. He accepted and left the following day, arriving in Calcutta in August 1857. After organising his army and clearing Lower Bengal of rebels, Campbell brought about the second relief of Lucknow in November 1857. He returned to Lucknow the following March and captured the city.