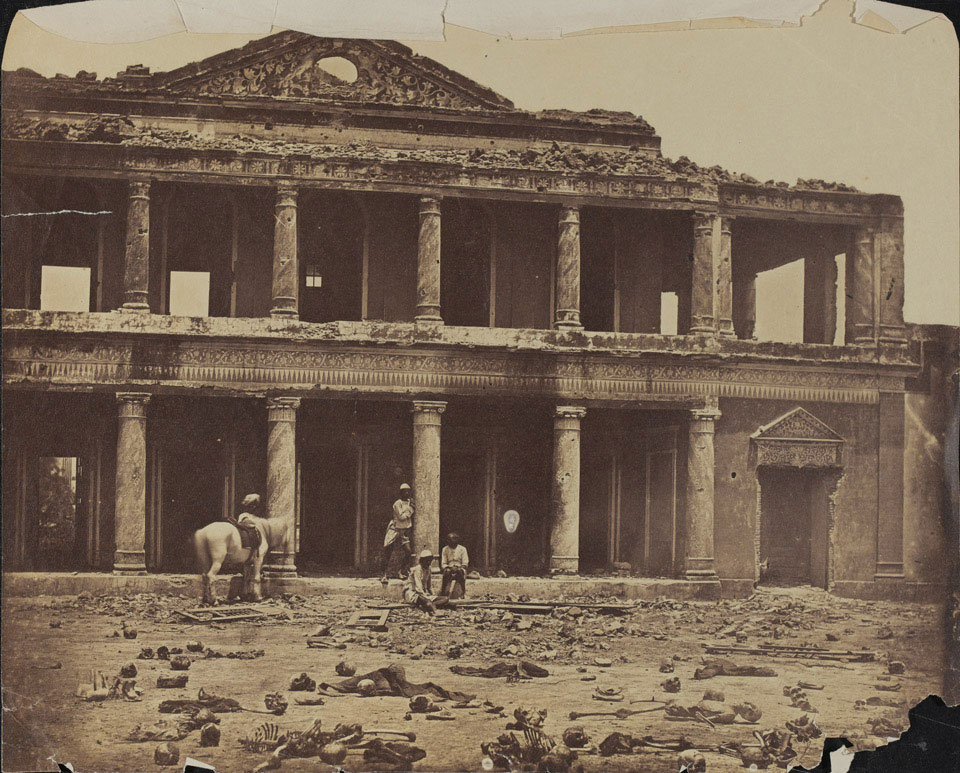 'Interior of Secundra Bagh, Lucknow, after the slaughter of two thousand rebels by the 93rd (Highlanders) Regiment of Foot', 1858 (c)

On 16 November 1857 the British stormed the Secundra Bagh, a walled enclosure that barred the way to the Lucknow Residency. They turned their guns on this building, knocking through the brick walls and eventually opened a breach. The 93rd Highlanders and 4th Punjabis then entered this breach, and in some of the fiercest fighting of the Indian Mutiny killed somewhere between 1700 and 3000 Indians who were inside.

Beato, photographing some four months later, when Lucknow was reoccupied, dramatised the scene by posing a group of Indians looking out from the ruins at the human bones scattered across the yard in front. It is not clear whether these had deliberately been left unburied as an insult to the dead rebels, or were actually disinterred from their graves for the picture. Certainly they are thought to have been arranged by Beato to improve the impact of the image.