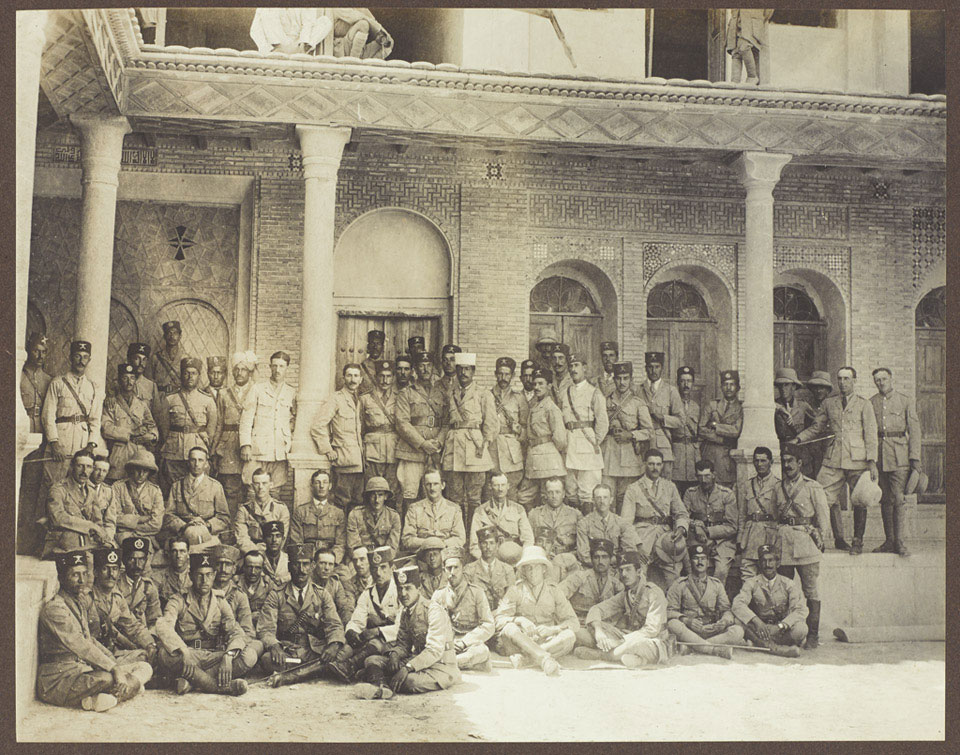 British and Persian officers of the South Persia Rifles, 1918

The South Persia Rifles were raised in June 1916. Commanded by British officers, this force eventually consisted of around 8,000 Persian, Arab and Baluchi men in regular cavalry, infantry and artillery units. They protected British interests in the region and helped maintain law and order until their disbandment in 1921. While its British and Indian members returned home, many Persian veterans joined the newly-formed Persian Army.