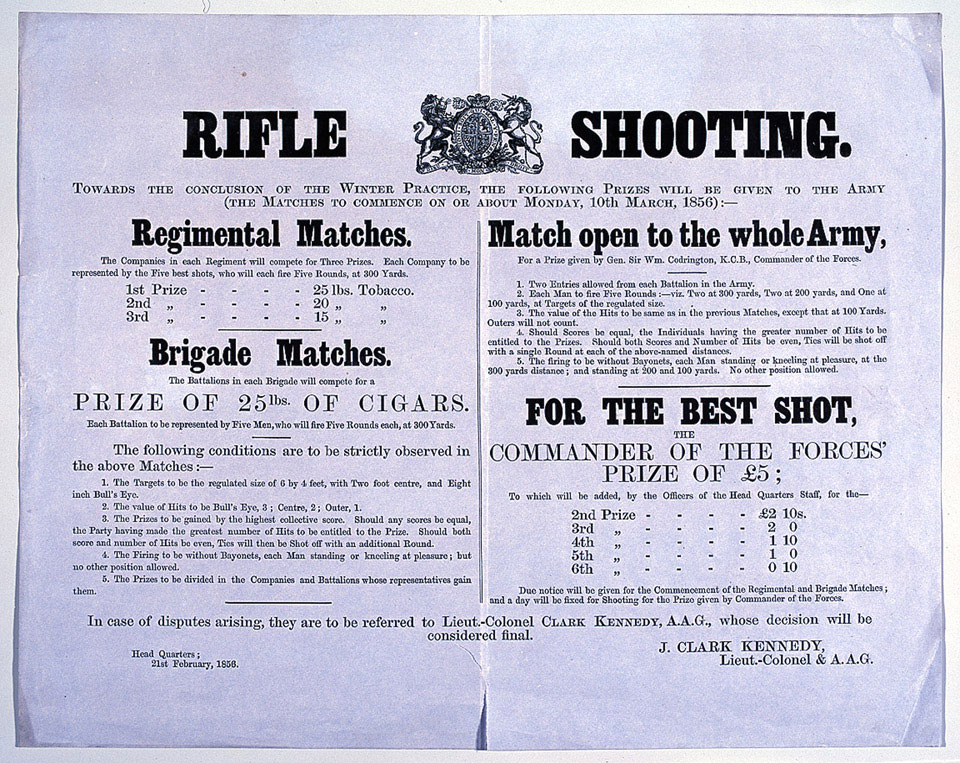 Shooting competitions were one of several popular recreational diversions for the troops during the Crimean War (1854-1856) which met with official approval . The Commander-in-Chief in the Crimea, Sir William Codrington, provided the winner's prize while the Headquarters Staff contributed the money awarded to the runners up. The adjudicator of this shooting competition, Assistant-Adjutant General Lieutenant-Colonel J Clark Kennedy, was a forebear of the donor.

Donated by Lieutenant-Colonel A J Clark-Kennedy.