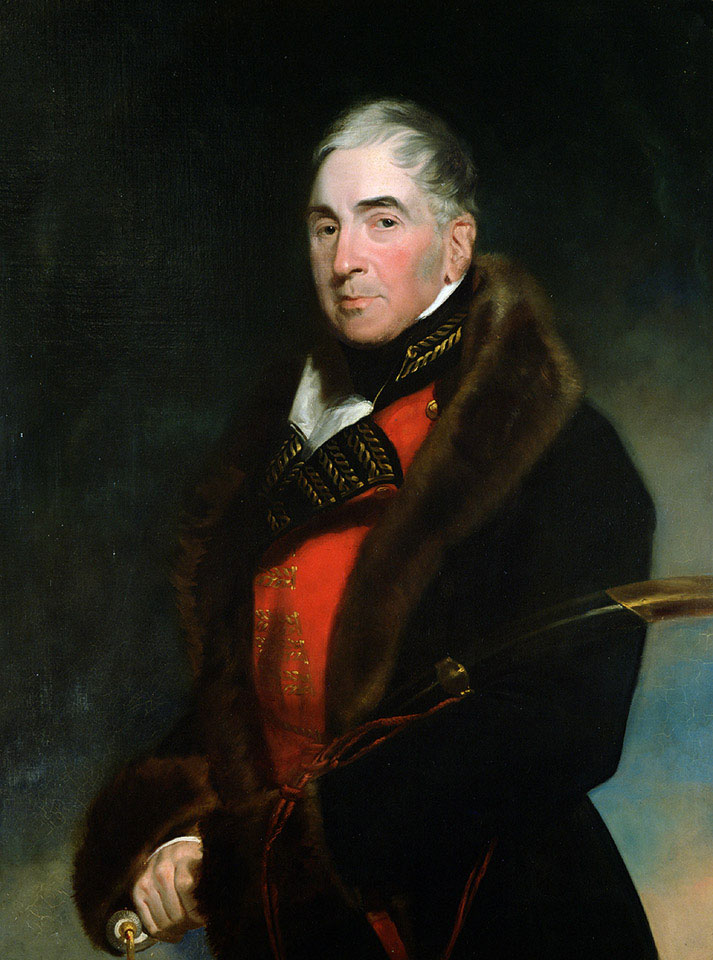 A Scottish landowner, Thomas Graham (1748-1843) began his military career late in life. His wife Mary's poor health led the couple to live mainly abroad in warmer climates until her death in 1791. However, her coffin was callously opened and searched by French revolutionary authorities, causing Graham to develop a passionate francophobia. He volunteered as an unpaid staff officer in the operations against the French at Toulon in 1793. The following year he raised the 1st Battalion of the 90th Regiment of Foot (or Perthshire Volunteers) and was commissioned its Lieutenant-Colonel commandant. From 1794-1807, he was also returned as the Member of Parliament for Perth.

Graham served with the Austrian Army, fighting against the French in Italy, at the capture of Menorca (1798), at the defence of Messina (1799), and at the siege of Malta (1799-1800). However, it was not until 1808 that he secured a full military appointment through the influence of Lieutenant-General Sir John Moore (1761-1809), with whom he then served at the Battle of Corunna (1809) during the Peninsular War. Later that year Graham was again on active service in the Netherlands, and was present at the siege of Flushing (Vlissingen). Returning to the Iberian Peninsula, in 1811 Graham led the victory over the French at Barrosa, before joining Wellington at the sieges of Ciudad Rodrigo (1812) and Badajoz (1812). In 1813 he fought at Vittoria and San Sebastian before taking command of a British force sent to Holland in 1814. On his return home Graham received the thanks of Parliament and was created Baron Lynedoch.