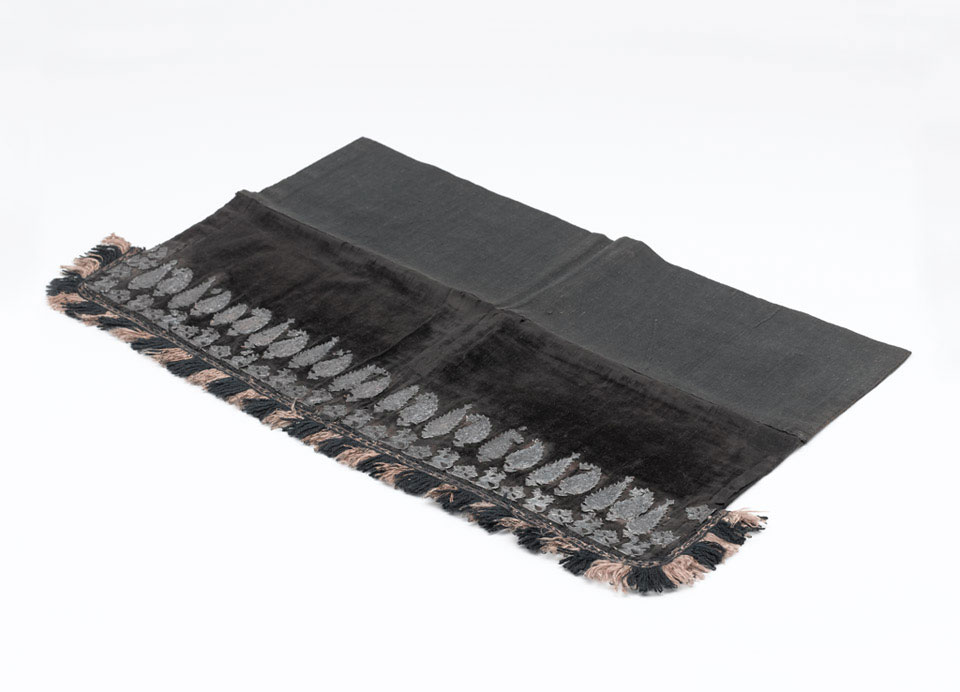 Shabraques were decorative saddlecloths used to display insignia. This shabraque is especially decorative, as befits the saddle of an Afghan prince. Major James Fenwick was an officer of the 13th (1st Somersetshire) Regiment of Foot during the siege of Jellalabad. Hearing rumours that General Pollock's relief force had been prevented from entering the Khyber Pass, on 7 April 1842 his regiment and the 35th [Bengal] Native Infantry mounted an all-out attack on Akbar Khan's Afghan army. It was defeated. Akbar's camp was plundered and fired. Major Fenwick probably took the opportunity to retrieve this souvenir.